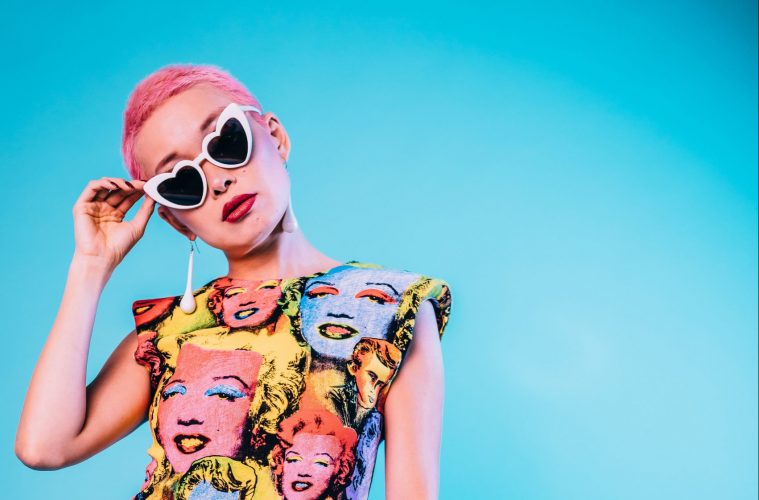 Emergency Tiara is everything. Think old school bop vibes meets perfect high fashion aesthetic, mixed with modern day experimental pop and you’re just barely brushing the surface of what, and who, Emergency Tiara is.  Today, Emergency Tiara has premiered the perfect sunshine infused jam, “Summer Lover.” The records vibe is carefree, a much-needed escape from the bleakness of our harsh summer, 2020. Think dance in the streets (with a mask on, of course), sipping your to-go daquiris, sun beating down on you and the pure joy of just being outside. All proceeds from the track will benefit the Children’s Orchestra Society as they continue to foster music education for young musicians, offering invaluable performance experiences. Listen to “Summer Lover,” and the single is available at all your favorite DSP’s TODAY. Emergency Tiara will also be performing a special single release live on IG stories tonight, Thursday August 20th at 8pm EST. You can watch it HERE.

Born and raised in Japan, Emergency Tiara frontwoman Juri Jinnai was practically born a musician, singing before she learned how to talk. From choir in elementary school, to becoming choir captain and eventually going on to perform for famed Japanese conductor Seiji Ozawa, it wasn’t a stretch when the young songstress began writing her own music and started her first proper band, Nanashi in High School. Jinnai’s love of music brought her stateside to study at the much acclaimed Berklee College of Music, and after graduation found herself in NYC kick starting her music career. Jinnai formed Emergency Tiara in creative partnership with producer and frequent collaborator Dave Cole and since its inception, the project has expanded to a seven-person band—and that same growth goes for the range of the project’s influences, from the French pop of Serge Gainsbourg, Prince, and David Bowie to Ella Fitzgerald and canonical J-Pop-punk Judy and Mary.

Emergency Tiara has been a standout favourite in the fashion world, performing at parties for the likes of Escada, Bulgari and Fendi amongst others while her music has garnered acclaim from various media outlets. As the creative alchemist behind Emergency Tiara, Juri merges left-field and classic pop sounds to create something entirely her own—drawing from personal experience and her own feminist expression for art that’s as life-affirming as it is thought-provoking.

Her aesthetic and melodies may be sweet sugar and light-hearted, but her battle cry is fierce empowerment. Juri is using her voice to fight for others who might still be struggling to be heard, and what a brilliantly beautiful, inspiring way to do it.