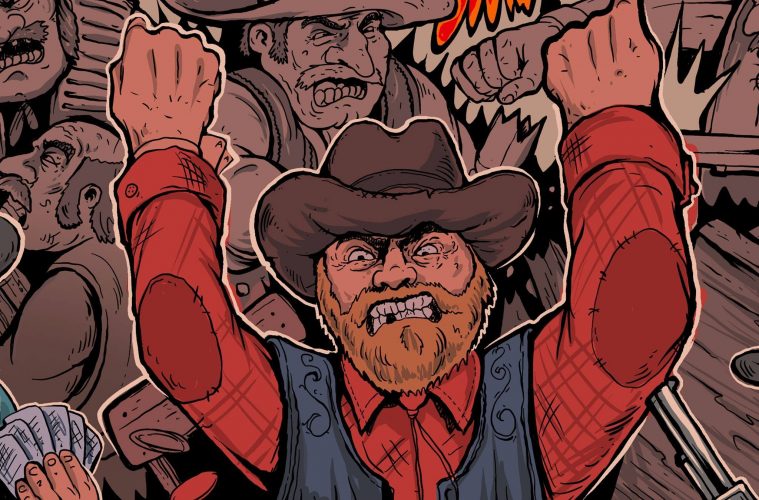 Usually there is a random seed of an idea. Often it is a chorus lyric, or concept or even a melody that I vocalize and hope to assign words that work. Sometimes I wake up from sleep with a word, melody or idea in my head. Often words come to me in the shower. I try to develop the idea, even if it seems terrible at first, giving things a chance to morph into something good. And most things are ultimately terrible or mediocre, and I leave them behind and try to keep the compelling stuff. Once I have even the start of an idea, I usually pick up an acoustic guitar and try to develop it into a parts of a song, I guess because I enjoy the vocalization and hearing the idea in the context of chords. Usually if the idea is strong, it won’t be terribly difficult to build verses, pre-choruses and bridges like unfolding details of the story/idea or going off on tangents in the bridge.

I think the matching of a story or idea with a melody that I enjoy singing is paramount. Embellishment, or even the main song and genre can come later if there is a story or stance that can be expressed in musical words.

I’m generally not concerned about what people think of me, as I’m of the attitude that my life is mostly an open book. But sometimes I worry about embarrassing my loved ones; it’s not like they have a choice in my chosen artistic path, so I try to be considerate but honest, and give myself some license to insert fiction in my stories. Sometimes it can be awkward, for example with romantic themes or delicate discussions—either with people assuming songs are about them, or assuming I’m wistfully recalling past romances, etc. But while my lyrics are often inspired by true events, they often are amalgamations from a lifetime of memories, mixed with some fictional poetic license, so I discourage reading too much into any one lyric.

At the moment I think my song John on our Unleashed record around 1996 was about the most poetic, visual, thing I’ve written. And there’s a bit of a cheesey quote in there where John says “Dennis it’s so good to see you…” I’m not super proud of that line, but I’m glad I wrote it, because ever since, people around the world have sang it to me, and it makes me feel connected and useful.

What inspired “Everything Dies”, part of your latest album “Escalating Quickly”?
I was feeling acutely depressed with some personal challenges. Since my songwriting is one way I self- treat myself emotionally, I was writing some brooding lyrics—more like Nick Cave and Sisters of Mercy than skakepunk, I suppose. It struck me that even if life seemed unbearably tragic, that nature was going to solve that problem for me soon enough anyhow, in the grand scheme of things. And I found it helpful to push my miserable lyrics to the extreme while singing them to a happy, silly, sounding chorus, to celebrate the preposterousness of life—in a sense embracing, and welcoming the inevitable. I didn’t think it would end up on the record; it was, like many of my songs, just an outlet. But somehow it made it through the album selection process I call trial by humiliation: most of these songs were performed in front of strangers around the world with an acoustic guitar, while I was touring as a sound engineer for Jimmy Eat World and “Weird Al” Yankovic. I discarded any songs I felt embarrassed about singing in public, eventually making a record with only the songs I enjoyed playing.

And “Victim of Humility”?

I’ve thought a bit lately about the differences between people that tend to be more altruistic/empathetic/quiet, versus people that tend to be more loudly self-assured, partially because of politics. And while I never want to be “that guy,” the arrogant obnoxious jerk, I also need an occasional pep talk so that my empathy, humility and self-consciousness don’t limit me from being successful at the things I’d like to pursue. I chose the party setting (me pretending to look at my phone rather than talk with people, etc) as a way to illustrate that social anxiety and juxtapose my urge to disappear at a party, compared to the “loudest voice” self-assured, possibly obnoxious, characters that are the center of attention.

Do you remember the day you wrote “Don’t Be A Dick”?

I remember that I was giddy because I knew the songs was special, because I had never before wanted to share a song so badly. I wanted to call up my buddies and say things like “Steve, I was thinking of you and I wrote this amazing song, it’s called… don’t be a dick.” I instantly felt like the utility of those lyrics, combined with the catchy melody, could have a potential to be embraced by lots of people. It kind of summed up my whole outlook on life, quickly with humor.

I didn’t write with the intention of creating a common theme—I just try to get ideas onto paper. I bet after a year or so I will have analyzed things more and can provide solid arguments with evidence. But that would be kind of like my college persona—I was a rhetoric major at UC Berkeley—looking for evidence among the data. I’m not sure what analyzing lyrics can tell me about myself, but certainly I didn’t plan any theme other than sharing my thoughts with a melody.

He suggested that we make the best sounding record we can, without worrying about if our live act can recreate the nuances of the recording. Once I agreed with that strategy, it opened up the artistic possibilities, freeing me from the limits of having only one voice and two guitars going at a time. We started adding layers of vocal harmonies, guitar riffs, keyboard lines and sound effects in a way that was over the top, but incredibly fun—and fun to listen to. All of that was done after the drums, rhythm guitars and lead vocals were done, so that we could add texture and counter-melodies to enhance the main lyrics/melodies rather than stepping on them. This was especially fun in some of my bridges, which lyrically tend to get a bit extreme.

A lot of touring with Ten Foot Pole. Usually I hesitate to commit to TFP tours, because any commitments block the possibility that I could get an amazing and lucrative long tour mixing sound for a higher profile artist. But I feel like this record is so good that it deserves time invested to try to get people to give the record a listen. Please check out TenFootPole.com to see current tour dates, as more are added occasionally, as well as ways to stay in the loop and support TFP.