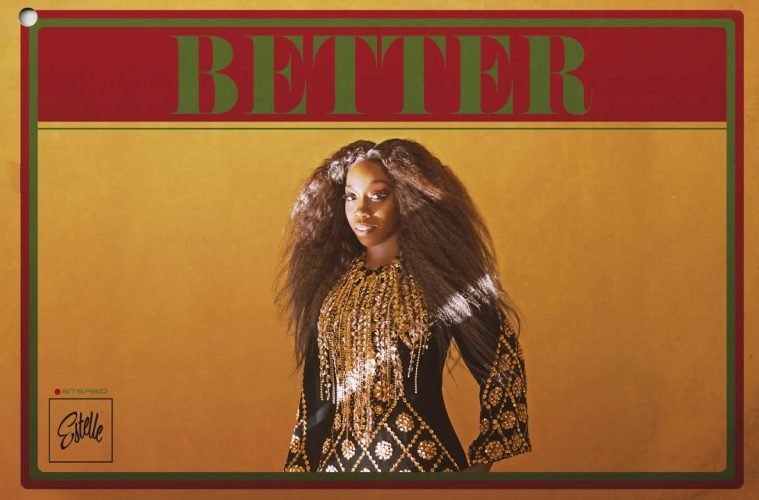 “It was the last record and upon hearing the first few bars I felt enveloped by it, exactly how I feel like my parents were when they met – as they described it being “just them in the room”, completely overtaken.” said Estelle about her new single in the interview we did with her, that you can read entirely here: Estelle about “Better” for Rock Your Lyrics.

“Better,” produced by Harmony Samuels [Jennifer Lopez, Ariana Grande] is the first single from Estelle’s forthcoming new reggae album, Lover’s Rock (out September 2018 via Established 1980 Inc and VP Records).  “Better” is also an iTunes instant-grat track off VP Records’ Reggae Gold 2018, which is the 25th Anniversary of the iconic compilation album out now. PRESS HERE to stream and purchase the track.  “Better” is the follow up to her previous single “Love Like Ours” off the album which has already garnered over 4 million streams on Spotify and over 2 million views on all digital platforms.

“Upon hearing the song ‘Better’, I knew it had all of the right elements of a modern day hit,” said Randy Chin, President at VP Records. “We are very excited to work with Estelle and be alongside her journey in her first full-length reggae project.”

In comparison to those of her formative years, Lover’s Rock is Estelle’s most personal album to date, as she centers in on her West Indian roots with a full-fledged reggae album. She has collaborated with esteemed Jamaican producer Supa Dups [Drake, Beenie Man], Reefa [Lil Wayne], Jerry Wonda [Wyclef Jean], Harmony Samuels and more. In the LP, Estelle has assured to fuse her signature R&B and hip-hop sound while paying homage to her Grenadian roots as she not only concentrates in reggae, but also embraces Afro-beats and Soca music.