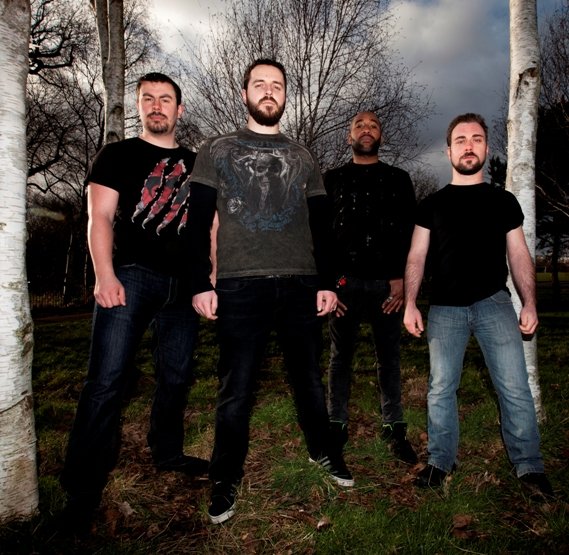 RYL: Your new album titled “Evacuate” will be released the 26th January, lyrically speaking, what does it represents for you?

FERAL SUNwww.feralsun.com: Evacuate is filled with 11 Tracks of which each song’s lyrics relates not only to personal experiences but also to what is going on within the world we live in.

Within the Lyrics you will find messages of life’s Struggles, Joy, Beauty and Pain!

RYL: One of the songs to be released is “One More Day ”….What inspired its lyrics?

FERAL SUN: One More Day was originally written about a dodgy “Groupie” who would follow the band everywhere and not take “No” for an answer and would just keep knocking on that door. This is not one of those personal experiences I mentioned before..LOL!

FERAL SUN: No, every song has it’s own meaning giving the Album variety not only musically but also lyrically.

RYL:  Do you remember how you wrote “Long Road” ?

FERAL SUN: Almost every new song I have written has first been played Long Road started with a melody while driving one day and went on to be re-written in Studio when we recorded it.

It’s definitely one of my favourite tracks lyrically with it being about a story of two Red Indian lovers who are so caught up in their gaze that they don’t even realize a Volcano has erupted in their village and the chaos around them until it’s too late.

When they snap out of it and realize they can’t escape they hold each other tight as the lava eventually petrifies them and turns them into stone. Their journey does not end there as they walk on into their spiritual world with the family members dancing around the fire celebrating their life.

I’ve been told that it’s “DEEP”, but I’ll let you decide!

FERAL SUN: It almost always starts with a Melody and then a form of subconscious writing that I then read back to find the message and keep working on and re-writing until I am happy to put it down on record.

RYL: Which is the things you like the most in doing music?

FERAL SUN: Pretty much all of it from Writing and creating new riffs, Recording and playing live but, if I had to choose I would say it’s when I hear from fans that our music helped them through a tough time or that their kids sings our songs and makes them happy.

RYL: What inspired “Find A Way”?

FERAL SUN: I unfortunately lost both my Parents within 3 months in 2012 and it was a real struggle to deal with at the time but once I found my feet again, I finished off the lyrics to Find a Way with a message to say no matter what life can throw at you …”In time you seem to find a way”

FERAL SUN: Hell yeah….We are stoked to announce that we will be going on a UK Tour with the Mighty SKINDRED 21-28 November and will be warming up with a slot at The HARD ROCK HELL FESTIVAL on Thursday 13 November.

Following the Tour we will be Back to Rockin’ our Hometown with a Show at The Garage Islington, London on Sat 13 December…..It’s going to be Epic!

FERAL SUN: We have a Brand new song that we are going to test on the Tour – “BREAKOUT”!