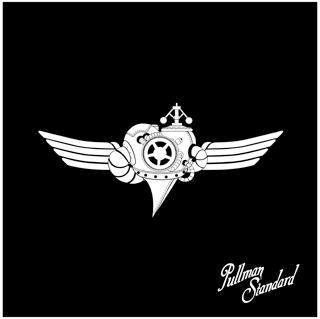 Everyday is an opportunity, interview with Pullman Standard

A lot of hard work is required in order to have success and this is what the guys of Pullman Standard  (http://www.pullmanstandard.com) are doing.

Their last album “Steam Powered Hearts” received great reviews and the band is ready to go back to the studio to record new songs.

Timmy D., their singer, answered today to our questions….

RYL:  Your last album is titled “Steam Powered Hearts”, it was released one year ago, how it contributed to the growth of your career?

Pullman Standard:  Depending on what kind of promotion you do once an album is released , can greatly determine the amount of growth the band has.  In our case as an independent band we didn’t have a huge promo budget.  We knew that in order for people to notice us we had to promote the old fashion way, TOUR.  So as soon as we released SPH we hit the road performing everywhere we could (All Age Venues, Bars, Universities, Coffee Shops, High Schools)

We were gone from fall of 2012 through Winter and into the Spring of 2013.   We took a short break from the road in the middle of Summer to record a few new songs and regroup.  But are now gearing up to hit the road again in for Winter 2014.  Since we have been on the road, we noticed more and more people in the crowd singing our songs back to us, asking for autographs after shows , and just more people knowing who we are because of our constant touring.

RYL: One of our favorite songs is “Alley Cat”, can you please tell us the meaning behind it?

Pullman Standard:  Well quick story version is … the push and pull of two sides of a relationship that shouldn’t be .

On one side you have the guy who is a nobody but is working to be a somebody.  On the other you have the girl who is only a somebody because she roles with the rich and famous crowd and is considered an object of obsession by those in power.  She is the beauty that the guy is after but can’t have because her world makes her untouchable to the nobody’s .

The girl happens to take notice of the guy and chemistry makes them irresistable to eachother.  When all is said and done, who is the Alley Cat? The Guy who is working to be a somebody but is not rich , powerful , or famous yet? or the girl who is only famous because her beauty allows her to surround herself with the rich , powerful , and famous ?  You decide …

RYL: How do you write the lyrics of your songs? How is your songwriting process?

Pullman Standard:  There is no set formula for writing a Pullman Standard song.  Sometimes the whole song lyrically will be written before a musical note is played . Other times the song will come together musically and lyrics will start to be added,and, although there is an underlying theme to our music,  we have never gone into writing any material saying something has to be a certain way.

RYL:  You are actively involved in charity projects, which was the last project you worked on?

RYL:  You are from LA, what a city like that gives to you in terms of energy and opportunity?

Pullman Standard:   We grew up in San Diego which has a more relaxed vibe to the city, but moved to Los Angeles in 2007 which is very much more fast paced.  It definitely pushes the “Sink or Swim” work ethic into you .

Most bands are big fish small pond stories where we are quite the opposite.  We are a fish that was spawned in a Giant Ocean and has learned to survive and get bigger.   I think that is why we have such a can do attitude and understand that everyday is an opportunity to move forward in our career.

RYL: Let’s go back few years, how your band was formed?

Pullman Standard:  It started as an acoustic project by me(Timmy D.) over the course of about 8 months of living out of my jeep grand cherokee around the Hollywood area sleeping on friends couches while i worked a Universal Studios between Summer 2007 and Spring 2008.  The first actual PS show was August 2008 and the first CD was a self titled collection of songs i had recorded over the year either by myself or with drummer at the time Dale Peters.  Austin joined on Bass Guitar the month after in Sept 08’ and we started performing once a week at open mics and such.

RYL: Creativity is very important for the band, who, among you, is the most creative person? Why?

Pullman Standard:   Everybody in PS is very talented and creative in there own way and brings something special to the table to give us our sound.

RYL:  Tell us about “Crazy Love”, it was inspired by something in particular?

Pullman Standard:  The song is about a certain experience in my(Timmy D.) life.  But it also is about how Love is just CRAZY in the way it works.  It makes you do and say crazy things ,  why? Cause its Crazy Love.

RYL: How is the tour going? Are you planning also to visit Europe?

Pullman Standard:  We just got back in from the Mid West US and are staying home for the Holidays.  As far as the new year is concerned we have two tours lined up through the Spring and are in the middle of planning a short visit to the UK in May.

RYL: Any future project? When you will release a new album?

Pullman Standard :We recorded two new songs this past year as well as recording acoustic versions of the songs off of Steam Powered Hearts we are remixing a few of the songs off that album as well and want to release a deluxe version of Steam Powered Hearts for our 2014 touring cycle and look to release it on Valentines Day 2014.   Come out and Rock with us !