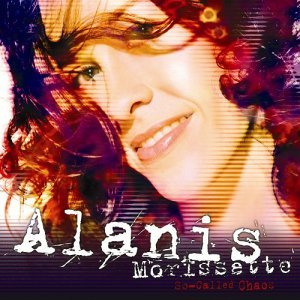 The fame and success came so fast for Alanis that, as it happens to many young rockstars, had some difficulties in handling it.

After this album she received many prizes, one of the most important was the Grammy in 1996 as best rock female performance.

Alanis is both songwriter and music composer, in her lyrics she always wrote about her experiences, feelings, love stories,dramas.

This proximity with the reality made her loved by the public more and more….in 2004 she had 30 years and she published the album ” So called chaos” with the producers John Shanks and Tim Thorney.

The album will reach quickly the first position in the US Charts.

“Everything” is an autobiographic  and a love song, the lyrics are talking about knowing a person in all his aspects, the light and the darkness, the love and the hate, the good things and the bad things…..but as Alanis said, after all this, you are still here….