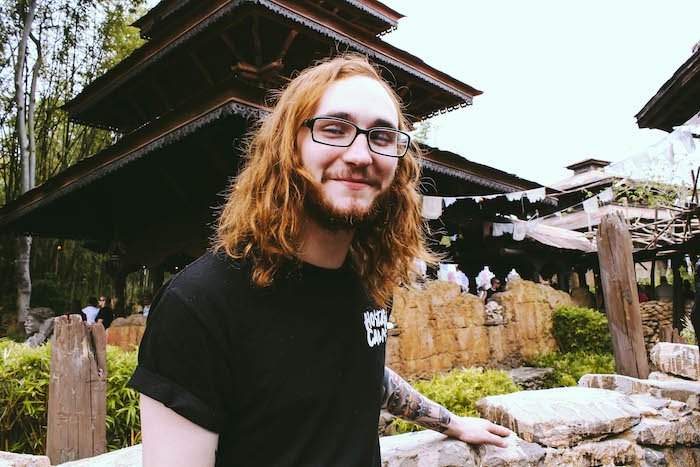 RYL: Your last album is a re-master of “Everything But What You Need” –what it means for you lyrically speaking….

Speak Low If You Speak Love: “Everything But What You Need” most simply put is a story of the past few years of my life. It recounts a few different relationships I’ve had and what they’ve meant to me.

Sometimes they’re in story form, detailing events and feelings just as they happened, whereas others are my behind-the-scenes thoughts on the experience.

RYL: Tell us everything about the song “Eight Weeks”…

Speak Low If You Speak Love: “Eight Weeks” is a song I wrote the day I found out someone I once considered the greatest love of my life was pregnant.

Even though we had fallen out of touch and hardly even considered each other friends at this point, for some reason the news hit me like a ton of bricks.

Here is a person I thought I was going to marry at one time in my life, and she’s now pregnant with another man’s child. That whole day I felt sick to my stomach, so I decided to write about it. 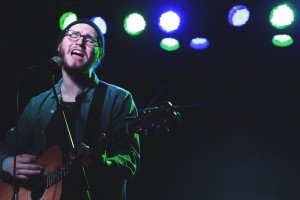 Speak Low If You Speak Love: For this record, yes. “EBWYN” was supposed to be a loose conceptual album about loss, missed opportunity, wasted time, squandered effort, inadequacy, nervousness and foolish compromise. I think I covered all of those bases.

Speak Low If You Speak Love: I bought my first guitar at 14 but I don’t think I took the time to learn until 2 years later.

The songs kind of just started coming as I fooled around with different chording and sounds in my bedroom.

It seemed like the the natural step. Buy an instrument, learn to play, write bad songs, (hopefully eventually) write good songs. Had my heart broken once or twice in there too.

Speak Low If You Speak Love: I typically start with a lyric or idea and then riff on it. I’ll develop a melody based on that lyric and just play until I have something I think sounds nice.

I know a lot of people focus on writing a smash chorus before anything and mold the rest of the song around that, but I try to focus on making a verse that will snag you almost immediately.

RYL: Do you remember the day you wrote “Ruined”?

Speak Low If You Speak Love: Hmm, I don’t think I remember the DAY I wrote “Ruined”, but I certainly remember everything about the nights, weeks, and months leading up to the telling of the story. “Ruined” is about a girl I was seeing in college who I knew from the start was bad news, but I went gung-ho into the relationship anyway.

She wasn’t good for me, but I was blinded by “what could be.” I wanted something serious at the beginning and she didn’t, but I couldn’t let her go.

We played all kinds of mind games with each other and were never really honest about our intentions. It was a big mess.

Speak Low If You Speak Love: Travel, meet people, take in every new experience and be grateful for it all along the way. I want to be able to look back and be happy with what I accomplished.

My favorite thing is hearing other people’s stories.

And it never fails to amaze me when listeners tell me what my music means to them/has done for them/or what they’ve experience through it. So, so unquestionably cool.

Speak Low If You Speak Love: The verses in Adjacent are some of my favorites that I’ve written recently. Just raw storytelling.

Speak Low If You Speak Love: I just finished a really introspective song, currently untitled, about spirituality, faith, religion and some of my thoughts on it.

It was actually kind of scary to write and realize a few things about myself that I constantly keep internalized.

RYL: which is the meaning behind “Locking Lips”?

Speak Low If You Speak Love: “Locking Lips” is about my selfishness and not wanting to commit to anything. I tried to make this one as blunt as possible.

Speak Low If You Speak Love: I’m touring Japan with Real Friends June 2-7, and I’m doing Warped Tour’s acoustic basement July 9-14! Other than that, I have a few things in the works but they’re still being legitimized. Hoping to get to Europe or the UK in 2016!