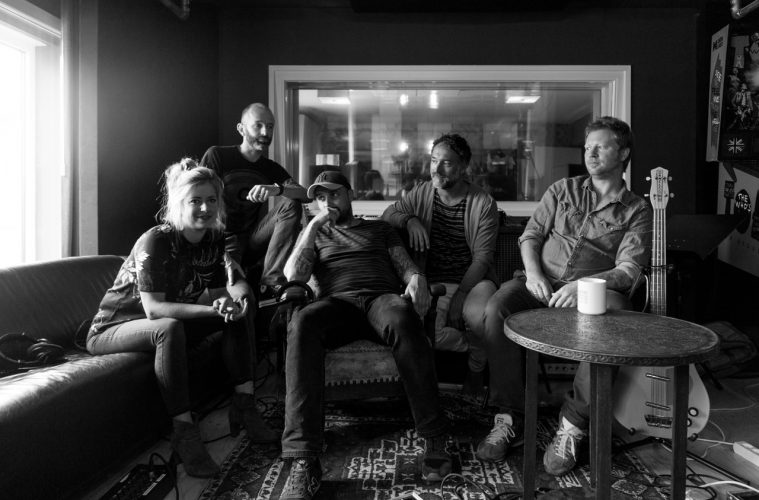 Everything – Interview with Before The Drop

How do you usually write the lyrics of your songs?
Mostly our guitarist, Maarten, comes with an idea for a song. He creates demos on his macBook. Then Marlouk comes up with the vocal melody with mumbo jumbo words, which she then finetunes with Rob, the other vocalist. Together they write the lyrics.

In your opinion, what is the most important thing in songwriting?
The lyrics and the music should support eachother. And both should be appealing to the listener. The subjects we write about are mostly personal experiences, because we think it should first of all mean something to us, why else should we do it. We are not in it for the money, we are trying to create something to alleviate our emotions.

Are you ever scared of revealing aspects of your personal life/experience to strangers through your music?
No, as i said, we like to share these thoughts. Maybe someone will have the same feelings as we have, and can relate to it. I know for sure i can in music of others.

What is the best lyric that you ever wrote (the most meaningful for you)?
Someday, which was our second single, is about the passing of a loved one.

We recently a few of us lost someone dear. Maarten lost his grandpa, and came up with this melancholic chord progression. At first he did not tell us he wrote that music for this situation, but when Marlouk came with the first draft of her lyrics it all fell in place.

Someday it probably is going to be better to cope with the loss, but not today.

Do you remember the day you wrote “Everything”, your latest single?
Yes, clear as day. Everything is about the situation where you know it is better to leave someone, because the relation is destroying you as a person, and you ask the other to please leave, because you can’t. This situation was happening a while a go, just before I  joined Before the Drop. It was the end of this relation and i had to do something to fill the void, so when i was asked to join this band, i quickly jumped on board. Never regretted that of course!

Is there a link/a common theme among the songs of the new album?
There is this melancolic feel to the music and lyrics, which is the common divider. All the lyrics and themes are taken from our daily lives.

What is the best suggestion your producer gave you?
To just keep it simple and clear. Too much can cloud the picture you paint.

What are your plans for 2019?
We released our first run of 3 singles this month, and we are currently in the studio recording new tracks. Which will be out together with the last 3 singles as an album in september 2019. So we are really excited to put the new songs out…