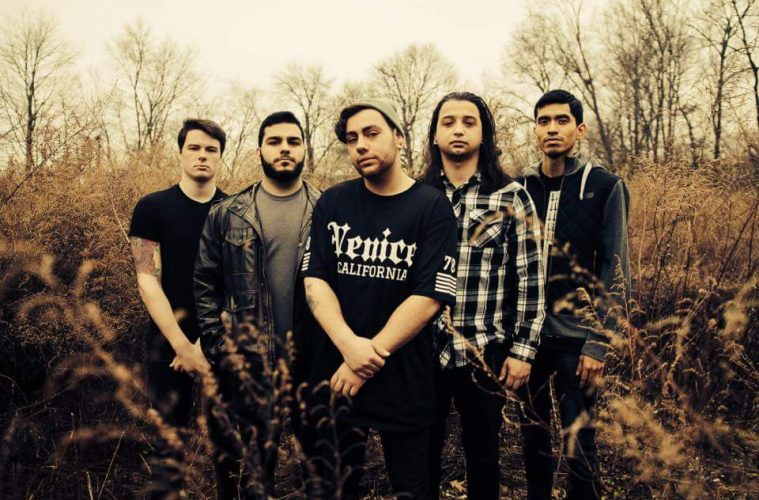 Ex Mortis – Interview with Dylan Newhouse – Monument of a Memory

Let’s talk about your new album “Ex Mortis” has been released recently….is there a link/something that connects all the lyrics of the album?

I wouldn’t say that every song is directly linked to each other, but they all have the theme of overcoming struggle in some way. The topics on each song are not directly related but I would say that is the overall theme.

No. We think that makes the music more real. We’ve always loved getting to know our favorite artists personal struggles and expressing that through music is a great way to let it all out.

What has your journey in the music industry been like up until now?

It’s always tough climbing your way to the top. Making a name for ourselves was something that took several years of very hard grinding and many hours. It’s just an overall struggle trying to make it as a metal band.

Avenged Sevenfold – “City Of Evil”. Personally, that album did a lot for me when I was young. Now looking back on that album, it always brings back so many memories. It’s a very nostalgic record for me personally.

An Iron Maiden greatest hits CD, haha. It was a good introduction for me.

Personally for me, the song “Jesus Christ” by Brand New is genius lyrically. Honestly, a lot of their songs are. They were just an amazing band.

Our vocalist Tommy Gehringer found a man completely unconscious and not breathing on the streets of his town. He had to give the man CPR and he was able to be revived. Unfortunately, he died a couple weeks later after slipping into a coma. The song title comes from staring into the eyes of someone you believe is dead and how cold their eyes look when there’s no life left in them. It’s a very dark song but I think Tommy writing those lyrics helped him when he found out that the man didn’t make it. You always wonder what more you could have done to help.

Do you remember the day you wrote “Elizabeth”?

Again, our vocalist Tommy Gehringer came in with this compilation of riffs and I helped him out. I remember sitting at his house when he came up with the first few riffs for the song. We both knew that this song HAD to make the album.

What inspired “We The People”?

The state of this country. I think everyone can agree there’s a lot of messed up things going on in the United States and there’s a lot of anger that comes from that. So we wanted to write a song that expressed that. The lyric, “We the people stand to lose it all”, has a lot of meaning because we all remember those famous first words from the Constitution “We the people”. We sort of use the whole metaphor of “We the people” which is supposed to be a document of newly found freedom to now show in this new modern day era that “We the people” are no longer free.

I think everyone can agree opening up for Parkway Drive was absolutely insane. I think hands down, we’d all agree that was our favorite show we’ve ever played.

We are going on tour in a few days, when we get back we have a couple big shows we are playing with big name artists, for example we will be opening for Volumes, Upon A Burning Body, and The White Noise on May 29th. We also have another big show announcement but I can’t disclose that just yet unfortunately. After these shows, we will be doing weekend out of state shows over the summer. We have another tour we are planning for the fall, and we have already begun writing new music.