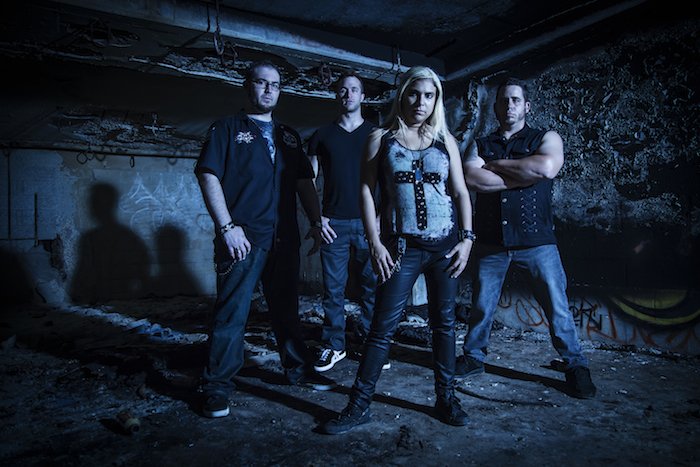 RYL: Your new EP “Exordium” has just been released, which is the main challenge that you encountered while writing its songs?

Oblivious Signal: The main challenge writing this album was making sure the songs were relatable across different demographics.

Everyone goes through heartbreak, the loss of someone, self insecurities, etc. When writing this album, we wanted to make sure the songs were personal and could relate to as many people as possible, while still keeping true to the moments that inspired the lyrics.

There were a few songs on this album that before we turned in, I didn’t feel 100% comfortable with the lyrics and we re-wrote them.

Medicine is one of those songs. Now that’s one of the songs we get the most positive feedback about.

RYL: Which is the song of the album that has the most important meaning for you?

Oblivious Signal: “Home” is definitely one of the songs that impacts me the most. It is the song that basically sets the mood and summarizes the whole album.

But if I go through the motions at the end of the day I’ll be silenced by my fear, and no one will ever hear.” And that’s how I feel about the whole album…It’s a fear to put yourself out there emotionally lyric wise, but if I don’t, no one will hear the music and passion that Oblivious Signal has to offer.

Oblivious Signal: There is. When we were writing this album, we were coming back from a rough past couple of years personally and as a band. It was a new beginning for us, hence the name of the album. So each of the songs written all have this positive message to them, but all of them come from a dark place initially.

For example, Crash is about a friend of mine that passed away and the lessons learned from that experience.

Madeline is about a person that commits suicide because they felt no one understood, but at the end of the day the chorus chants out, “We are all the same”.

Every song is a song of hope in a way and self realization.

RYL:  How did your songwriting evolved across the years?

Oblivious Signal: Well, in terms of lyrics the songs I wrote a few years ago where more metaphorical. I was writing in a prog rock project where that kind of writing is very common.

As we started to modernize our music a little more, I had to learn a completely different writing style. Instead of being so out there in terms of metaphors and analogies, I had to put the feelings to paper in more of a modern day type of language setting.

I guess more vulnerable and straight forward. It has made me more diverse though and allowed me to cross genres when writing.

I had to realize sometimes someone want to jam to the music and sing along and not think what the heck I was trying to say haha!

Oblivious Signal: Nick (guitars) usually comes over to my home studio with a riff or something cool instrumentally speaking.

We jam it out and try to think of hooks that might be catchy and appealing. If it feels like it will work, we track the idea and move on to the next one. All the ideas are then typically sent out to the rest of the band and we then jam them out at practice.

The lyrics don’t usually get solidified until most of the instrumentals are done.

I have a note book which I have full of ideas and lines and different wordings that I come across or feel, and I fish into those to start the lyric writing process.

RYL: What is behind the verses of “ Crash”?

Oblivious Signal: I wrote the lyrics for Crash back in 2002. It was a journal entry I did when a close friend of mine passed away in a car accident under the influence.

I never thought it would become a song that would impact so many. Nick came in one day with this awesome powerful guitar riff for the chorus and something inside of me just brought back those memories when I heard it.

So I dug into my old journal and worked with the words to make it work. It’s really the story of what happened, that’s why it starts with “I can still remember like it was yesterday…”

Oblivious Signal: A catchy memorable chorus. I love to hear people sing along and feel like the song is the story of their life. Nothing makes me happier.

If I go through the motions at the end of the day I’ll be silence by my fear and now one will ever hear. Until you pull me out of the fire that burns my soul, you were all once that made me whole.

Now I’m losing all my control, cause you were all that I once called home.”

Oblivious Signal: The last we wrote was Medicine.
RYL: your tour project this summer?

Oblivious Signal: We just finished touring with Flaw and Seasons After, and are ramping up for a another tour in August. We are just getting final dates and line ups set up right now with the label. We are playing shows in the Southeast portion of the US for now and those dates can be seen on our website. www.ObliviousSignal.com

RYL: Do you remember how did you write “Quiet Voice of Failure”?

Oblivious Signal: Wow digging back into the first album! “The Quiet Voice of Failure” was a concept Nick through out there during practice one day and I wrote about it.

I had just finished taking some philosophy courses in college and had jotted down these concepts about reason and inner turmoil, and how if a person could just take off that mask of silence and fears, they they could actually save themselves.

The only failures we have in life are those we refuse to speak about and deal with. When we learn from experiences and grow from mistakes, then an experience was never really failure but a stepping stone to something better.