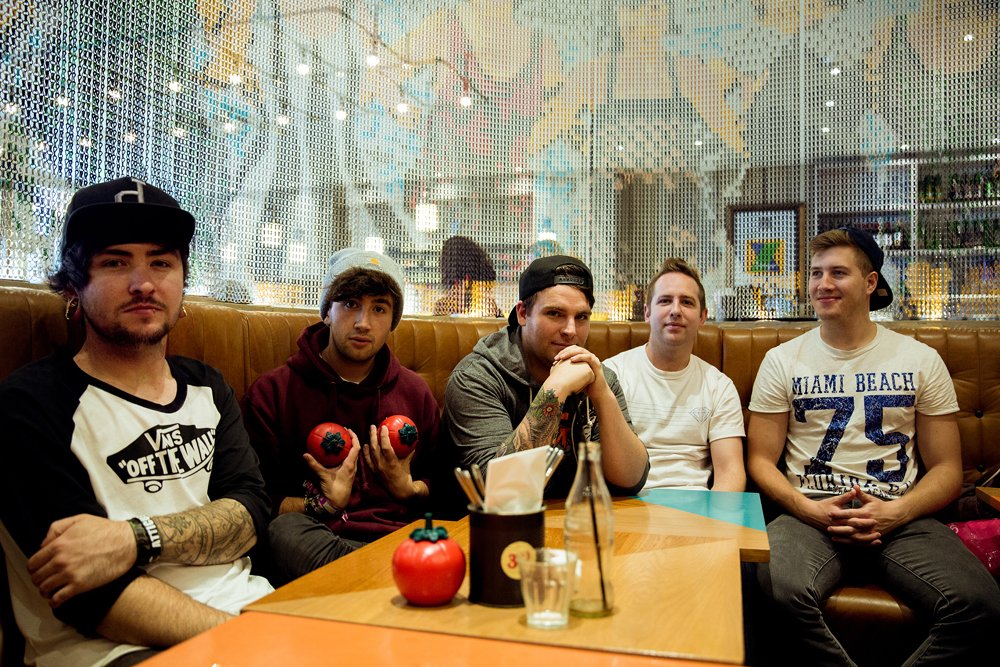 RYL: Your last EP,  “Expecting Honesty” saw release in December. What themes does it cover and what is your biggest achievement lyrically speaking?

SIX TIME CHAMPION: Well to be honest, it pretty much does what it says on the tin. Its mostly based around the idea of expecting honesty, not only from others but from yourself too.

My biggest achievement lyrically would have to be the progress I’ve personally made overall when it comes to song writing.

When we first started out and wrote “Old friends Loose ends” I really didn’t have a huge amount of experience in writing lyrics, and I feel that expecting honesty has been a huge step up. I’ve tried to be more creative with my words, whilst keeping them as real and as down to earth as possible.

SIX TIME CHAMPION: I’m inspired my by problems, I spend almost 3 hours a day on a bus travelling to and from work, which gives me plenty of time to put my thoughts to paper. (Proper 8 mile style).

SIX TIME CHAMPION: Funnily enough I can remember it very well. It was an acoustic song I wrote a good 6 years ago. I found the old save file on my computer a while back, whilst writing for expecting honesty.

Parts of that song can actually be heard in the first verse of Expecting honesty, and the bridge of Dragging my feet as a result. I was surprised that lyrics i wrote at 15, actually still hold some relevance!

SIX TIME CHAMPION: Separation is by far the most personal song I’ve ever written. It’s inspired by the overnight separation from someone I was used to seeing everyday of my life.

The song basically describes dealing with this issue and everything that comes with it. I’ll leave the rest to your interpretation!

SIX TIME CHAMPION: I’d say there hasn’t really been an entire song written since expecting honesty, just parts of songs, and stacks of ideas. However new songs are very much in the works.

RYL: What is the meaning behind the lyrics of “Happiness in Emptiness”?

SIX TIME CHAMPION: This is really about finding happiness in nothing more than your own company.

I personally crave time to myself, it stops everything getting on top of me, and helps to remain calm and focused throughout life, and this song pretty much sums that up!

RYL: Your favourite verse ever written for a Six Time Champion song?

SIX TIME CHAMPION: It would have to be the first verse of Separation, purely because it is an extremely personal expression of my thoughts and it comes across exactly as I wanted it to.

SIX TIME CHAMPION: the best gig we’ve played in my opinion was a small show at Bar 42 in Worthing, which was part of our mini tour with Trash Boat and Homebound! As for the best gig I’ve ever attended, I’d have to say City and Colour at the Brighton dome last year!

RYL:  What are you planning for 2015?  Will you continue touring? A new album?

SIX TIME CHAMPION: We have plans for plenty of touring throughout the year, starting with our little UK weekender towards the end of February! There are no solid plans for a new release at the moment however we are constantly writing new material so who knows what the future holds!

RYL: What the words of “Running Dry” mean for you?

SIX TIME CHAMPION: Running Dry is about taking a step back from our lives and seeing how much we miss out on at the hands of our over committed working lifestyles!