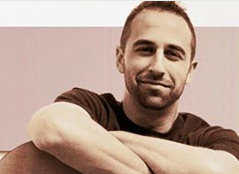 Exploring Lyrics with My Silent Bravery

My Silent Bravery (http://mysilentbravery.com) is about to release its new album “Diamond from Coal”….. its first single “Amazing” is obtaining a great success.

Matthew Wade answered to our questions…….

RYL: What is the most important thing in writing lyrics?

My Silent Bravery: I’m not sure I know the answer to that question, haha. I am learning new things all the time. For me, each song is a story, and I try to tell the story to the best of my ability. I then hope listeners will connect with the story and be drawn into it and relate emotionally and how it applies in their own lives.

RYL: How do you usually write the verses of your songs?

My Silent Bravery: I generally just kind of start stream of consciousness writing until some more concrete ideas come for what the song is really going to be about or what I really want to say. The verses are usually the back drop of the song for me. They tell you who, what, when, where, while the chorus is usually more about the why.

RYL: Your last album “Can’t Quit” was released one year ago; which is the main message that you wanted to give with it?

My Silent Bravery: The main message behind the Can’t Quit album is overcoming obstacles particularly in the face of adversity. I elaborate on this idea through the album artwork.

The front cover art is a Koi fish and on the back is a dragon and the interior lyrics are part of that transformation taking place from the Koi to the dragon.

In the liner notes, there is a cool quote that helps describe the message and artwork. “According to Japanese legend if a koi succeed in climbing the falls to Dragon Gate on the Yellow River it would be transformed into a dragon.

Based on the legend, it became a symbol of worldly aspiration and advancement. The Japanese associate koi with perseverance in adversity and strength of purpose. Because of its strength and determination to overcome obstacles, it stands for courage and the ability to attain high goals”.

RYL: What inspired the lyrics of the song “Burnt Out”?

My Silent Bravery: That song was inspired by a relationship that wasn’t working out and just feeling exhausted trying to keep it going. We often hang on to the past in relationships and are not living in the present. I think the line at the end of the song best sums it up, “Why would you hold onto the match if the flame has gone out?”

My Silent Bravery: Can’t Quit was inspired by my arduous uphill battle that is the music industry. That was my struggle on that day and many days for that matter.

However, the message in the song was meant for a much broader audience.  It’s meant for anyone facing a challenge to relate to, whatever struggle they are going through. It’s meant to encourage and inspire the listener to push through their challenge.

RYL: Explain to us the meaning for you of “Today is tomorrow’s yesterday”

My Silent Bravery: That is a pretty deep song. I wrote the song on New Year’s Eve some years back when a gig I was hoping to land didn’t pan out. To me it’s a song about reflecting on the past, looking ahead to the future, and being in the moment all at once. I thought the song title helped to reflect that sentiment.

RYL: “Amazing” is your new single released two months ago that is obtaining a huge success, MTV is playing the video, a lot of media they talk about it… what does it represent for you?

My Silent Bravery: It’s amazing the great feedback that “Amazing” has been getting! It’s the first single off the new album so it’s nice to have some new energy out there. To me, the song is about making the most out of what you’ve been given.

You have to embrace whatever comes your way and enjoy the moment without the expectation of what you have in your mind. When things don’t go your way you have to kind of think that that maybe that’s the way they were supposed to go and make the best of the situation, make it amazing!

RYL: Touring is essential to promote your own music, until today which was the best show of your life?

My Silent Bravery:  There are a couple shows that come to mind.  I am a big Bob Marley and the Wailers fan. This past summer I had the honor of sharing the stage and hanging with the Wailers which was a surreal experience for me.

We even had their tour bus driver sneak in a few songs on drums during our set. It was a really fun and surreal night!

Another great experience that comes to mind is three night stint at a venue on Nantucket called the Chicken Box. That place is wild!

RYL: How was to work with the producer Anthony Resta (Elton John, Duran Duran, Blondie….)?

My Silent Bravery: I love working with Anthony or AJ as I call him. He is a super talented and creative guy.

He also works with, Karyadi Sutedja, who is one of the best engineers I have worked with as well.  I have recoded probably around 20 tracks with those guys, and I love working with them and value the quality of the tracks that I end up with. It’s like we continually try to outdo ourselves and make each new track the best one to date. It’s a great and rewarding challenge.

RYL: What is your next goal? And challenge?

My Silent Bravery:  I am really excited to release my fourth album in the next few months and then tour behind it. The album is called, Diamond from Coal, features 12 tracks, and is produced by Anthony Resta (Collective Soul, Elton John, Guster) and Warren Huart (Aerosmith, The Fray, James Blunt).  The goal and the challenge will be to reach as many listeners as possible so I appreciate Rock Your Lyrics helping me start on that goal right away! Thanks so much!