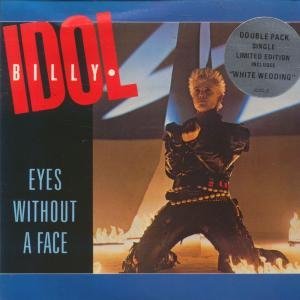 Eyes without a face

The year is 1983 and is the one of the release of the second album of Billy Idol (http://billyidol.net) called Rebel Yell.

Do you remember? the song’s title came out after a party with the Rolling Stones that were celebrating the end of their concert backstage drinking a particular whiskey named “Rebel Yell”.

This album is one of the most liked ones from Billy’s discography, it contains hits like “Rebel Yell”, “Eyes Without a Face” , “Catch my fall” and “Flesh for Fantasy”.

“Eyes without a face” has been written by Billy and Steve Stevens ( amazing guitar solo during the song!) ; its title takes inspiration from a title of a horror novel written by Jean Redon in 1960.

Digging in to the song’s lyrics it seems that Billy while in tour was reading/watching horror movies , in fact he is singing : “I’m on a bus on a psychedelic trip, Reading murder books tryin’ to stay hip”.

While the song is addressed to a love that , most probably due to the distance between the two lovers , is disappearing and Billy realizes it once for all.

The music video was shot apparently in only 30 hours…..non stop! It won several prizes, among the most imporants the MTV’s best editing and best cinematography.