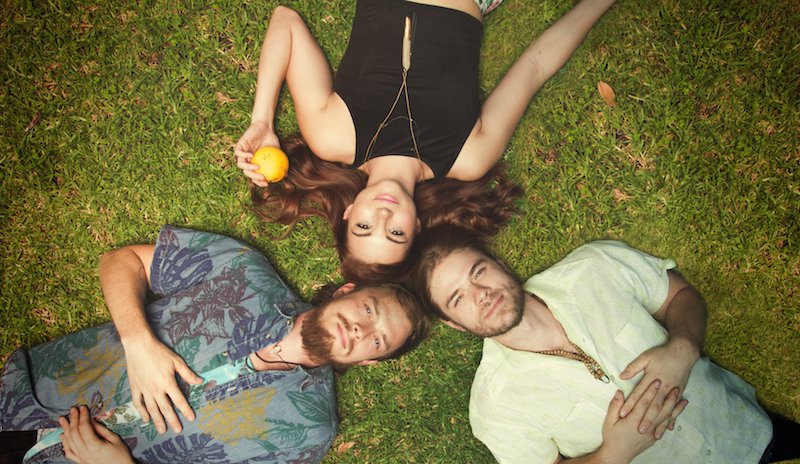 Face Your Feels – interview with THE GOOD MAD

RYL: Your latest* EP,  ‘Face Your Feels’, was just released*, which is its main achievement lyrically speaking?

ANDY: I’d say the final track, Allie’s “Dark Waters”.  There’s a Neal Donald Walsch quote that goes something like, “Life begins at the end of your comfort zone”, and I think Sal found really cool ways of expressing that truth.

It’s much easier to carry on in the comfortable routines we’re used to, but that road isn’t as likely to lead to much growth as a person or many profound experiences in daily life.

ADAM:  We don’t have a specific writing process, and all of us are writers, so it’s not uncommon for one person to write the majority of a song and bring it to the group.

Then everyone adds a little of their own spice and the song really begins to take shape. We also cowrite sometimes with each other, but a lot of the time the original little nugget will come from one person.

Our inspiration comes from many different things, it’s a hard thing to put into words as inspiration is such a varied subject. I’m inspired by things in my own life, or my imagination, or even listening to other music can be really inspiring.

ALLIE: I think the first song I wrote was called “Thunder and Lightning”, when I was maybe 13 or 14 years-old. Thinking back on the lyrics, it’s about searching for the person that’s searching for you; kind of a love song.

Back then, I think I thought I was writing about that special someone, but now, I think it’s more to do with the journey you take in life that ultimately leads you to yourself.

Here are a few lyrics from the first verse: “I’ve been looking through my door/ To find the one who looked for me/ I can’t hurt anymore/ Than I do now I have to breathe/ But I can’t breathe into your mind/ I can’t just make you come alive”.

ADAM:  — “Adelaide” is one that sort of came to me, at least the verses, as an imagination thing. I was just picturing the push and pull of relationships through some forlorn fellow that was maybe Irish? I have no idea why.

I said ok, well I’ve got this chorus now, and “Adelaide” has never had a chorus, so i stuck it on there and it worked.

ANDY: I actually wrote a song called “The Frozen River” a couple weeks ago that I haven’t even played for Adam or Sal. (I totally will, y’all!) We’ve been busy getting ready for our Hotel Cafe show and getting our promotional ducks in a row, so we haven’t had much time to focus on new music as a group.

That will be changing soon though, surely…

RYL: What is the meaning behind the lyrics of “Dark Waters”?

ALLIE : Well, like Andy said, the song is really about going outside your comfort zone to grow and learn.

The inspiration partly came from a conversation I had with Adam over brunch, when we were discussing maybe moving somewhere else to shake up our routines. It takes a lot of faith to take risks, but taking risks really is what life is all about. Adam quoted John Burroughs, “Leap and the net will appear.”

I had never heard that, but I loved it so much, I wanted to include it in the lyrics. (I can’t take credit for that cool line.) I’d also gone surfing for the first time in about 10 years this past summer in Hawaii, and I noticed how much more terrified of being in the ocean I was compared to how I felt when I was fourteen.

I was constantly looking down into the water to watch for sharks or other scary things lurking in the deep, it was really hard for me to just enjoy the experience. But it taught me something more about myself:

That I need to trust my experiences more, and just live, rather than worrying all the time about what could go wrong.

RYL: Your favorite verse ever written for a song?

ADAM: That’s a tough one. I don’t know about favorite verse, but as for a whole song lyric, I would say I’m pretty happy about one of our earlier songs, “What Money Paid For”, because it was about the economy.

It was at a time when the recession was going on. It just gives me good feelings when we sing it together and seems to have a message for the world as opposed to just another song about love.

Not that there’s anything wrong with love.

ADAM: The best gig I’ve had with the good mad was not really a gig, but we were in Austin and we were all three playing down by the water at night, and I think the audience was one homeless man? It was just pure and beautiful and all about the music and connecting to one person.

Now the best one I ever saw? Another tough one… Pretty hard to beat seeing Paul McCartney at Bonnaroo, that was fantastic.

ANDY: I guess I would have to hear some of the recordings to confirm, but I would put our Hotel Cafe show this last Friday felt like it was among the best gigs we’ve ever played. We sold out the venue so the energy was celebratory and huge, and we all had family in the audience which always makes it easier to have a great show.

I’d say the best show I’ve seen would have to be Paul McCartney at Outside Lands a couple years ago. I am a Beatles freak and he is a living legend, so although I am fortunate enough to have attended some incredible concerts, that takes the cake.

ALLIE: My favorite Good Mad show would probably have to be at Joe’s Cafe in Austin, at ATX Fest a couple years ago. It was outdoors, summertime, so many people were there, including some friends and family, and I LOVE Austin!

I’d also have to put seeing Paul McCartney at Coachella & Bonnaroo at the top of my favorite concerts list. Seeing The Dixie Chicks open for The Eagles was a pretty phenomenal experience as well.

RYL:  What are you planning for 2015?  Will you be on tour promoting the album?

ADAM:  — This year we want to continue to promote the new EP, and we are hoping to be on tour. We are actually setting it up right now, so hopefully we will be on the road this summer!

RYL: What the words of “Kim’s song” mean for you?

ANDY: I wrote Kim’s song for my gal of 6 years now.

She’s pretty much the best girlfriend imaginable, and though I had taken a few stabs at writing songs for her over the years nothing ever stuck.

I think I had gotten it in my head that since we had been dating for so long and I had STILL never finished a song for her, whatever I put out had to be better than I was capable of creating.

That was ovewhelming and debilitating for a while but luckily I decided to work that feeling into the chorus: “You deserve more than I can put down in words / You deserve songs but they ought to be perfect first”.

It really is about a guy who is blessed with an amazing source of light and generosity and love in his life, and is unsure of how he could ever pay it back in a song.

Allie actually came up with the button line: “I hope that this will do.”

RYL: Let’s go back to “In the Grey”, one of your fans favorite…… why in your opinion?

ALLIE: I just think it’s a really relatable song. In love, relationships, we all inevitably fuck up. (Can I say fuck?) And so do our partners.

No relationship is one sided; if there’s an imbalance in a relationship, it needs to be looked at with care by both sides to heal from it. “In the grey”, to me, means feeling lost in a relationship, or even a career path; feeling like you don’t know whether or not to keep on, and endure, or to walk away.

I think everyone has felt that at some point in their life.