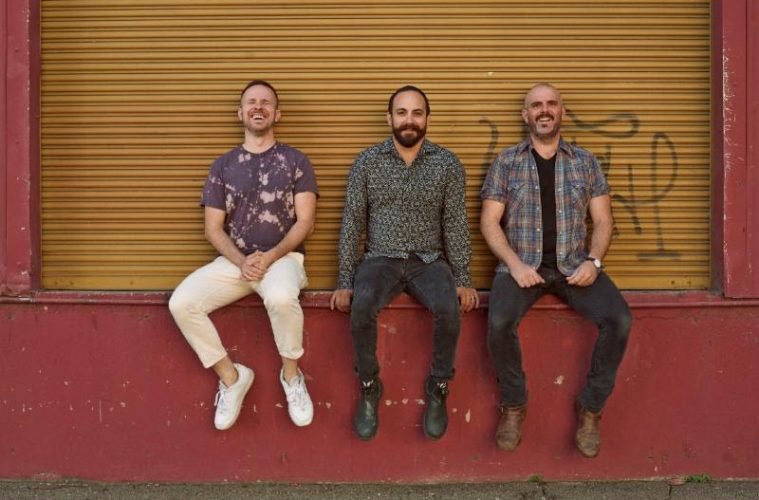 “We’ve been working on this album for almost a decade at the pace of a glacier,” shares Frederic. “But even though the music for most songs was written and recorded 5-8 years ago, we rewrote most of the lyrics in the last 6 months because we finally had had the life experiences heavy enough to match the instrumentals. We’re still dealing with the personal shit we address on this record, so it’s not only cathartic, but also hot, tingling, current, scary.” 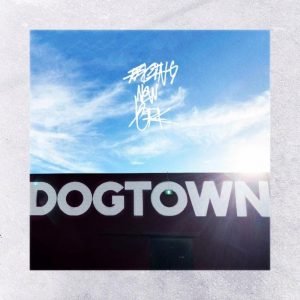 The long-awaited record, and third overall full-length from the Bay Area trio, is a nine-track collection of hard-hitting beats, sleek guitar riffs and in-depth lyrics. Leading up to its release, Facing New York rolled out a series of songs from the album: “Big Rev,” “Hail Mary,” “Dogtown,” “Heaven Is High Hell Is Low” and “Gods of the Good Shit.” Full track listing is below.

Eric, Brandon and Omar have a brotherhood and friendship that has endured from their beginnings together in the Bay Area. Dogtown affirms the enduring nature of their chemistry. Formed in 2004, the group emerged as a cult favourite in the Northern California scene as they delivered three progressively charged alternative rock releases: ‘Swimming Not Treading EP’ [2004], ‘Facing New York’ [2005] and ‘Get Hot’ [2008]. They even built an international following by touring throughout North America, Europe, and Japan. Then, life happened throughout the ensuing decade with ups, downs, trials, tribulations, weddings, deaths, births, and all manner of change, which inspired and informed the music.

Facing New York brings airtight songwriting and direct lyricism to tried-and-true rock tradition. Drawing from a swath of influences that encompasses everything from Soundgarden, The Jesus Lizard, and Yes to Talk Talk, Failure and Shudder To Think, they bring their own distinct and dynamic vibe. The album title Dogtown refers to a neighborhood in West Oakland that is undergoing upheaval, turn over and gentrification. It’s a place where Eric, Brandon and Omar have all spent a lot of their lives. The feel of a gnarly, grisly transformation of a neighborhood is present in the music, a metaphor for all of the change that has transpired in their own lives.

The band has celebrated the release of ‘Dogtown’ with a hometown show at Bottom of the Hill in San Francisco, following their only other live appearance at The Hi Hat in Los Angeles.