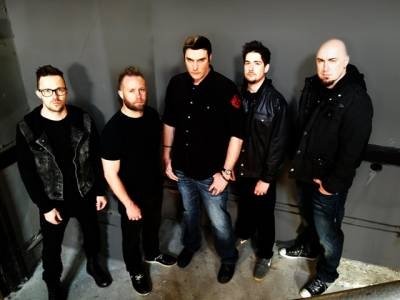 Breaking Benjamin have released their new lyric video for the single “Failure,” which has officially hit #1 on rock radio.

The band’s highly anticipated studio album Dark Before Dawn will be released on June 23rd via Hollywood Records, which will be Breaking Benjamin’s first album release since Dear Agony in 2009. “Failure” was written and produced by founder Ben Burnley, and marks a new era for the acclaimed band.

Breaking Benjamin has been in the midst of a stretch of tour dates which will extend through the end of May, including a performance at Rock on the Range today. For more information on Breaking Benjamin, visit www.breakingbenjamin.com.