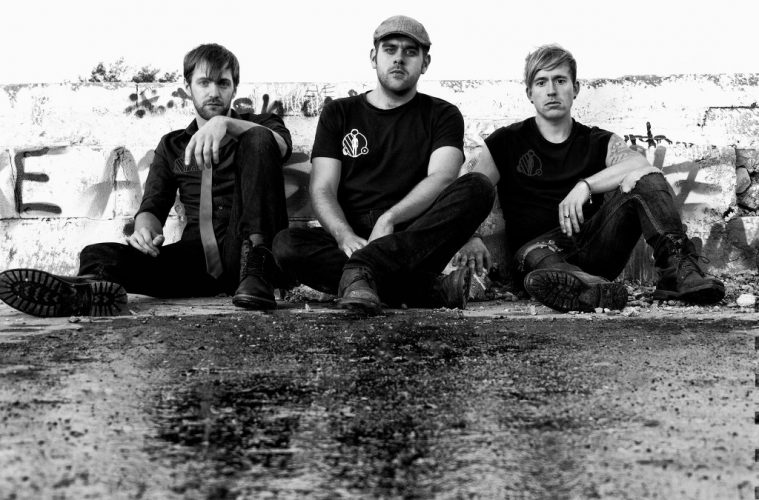 It can really be anytime and anywhere. I’m constantly thinking of lines and i just jot them down whenever something comes to me. Sometimes ill have a line that is there on its own for months or sometimes ill write 3 songs with completed lyrics. It all depends really but there is always something there going around in my head.

I think getting a point across but also keeping somethings open for interpretation. I love it when someone else can take something completely different from your lyrics then you would. I don’t always succeed in this but its something I enjoy.

I think I used to be. I used to care a lot about what people thought of me and I guess I still do in some ways. That being said I have a lot of things I want to say and I’m not afraid to say it no holds barred. I need to get my feelings out there and through music is where I find it the most comfortable to do it.

So far I think it’s in a track we have called ‘Never Stand Alone’. The lyric “You‘re not leaving now, your much too young please don’t do this”. That literally sends shivers up my spine when I sing it live. The song in general is about not giving up on life. I originally wrote it for myself and trying to heed my own advice but then it took on another meaning entirely when someone spoke to me about their suicide attempt and how low they had got. It just made me realise how fragile life is and how hard things can sometimes feel. Its my favourite moment on the EP lyrically.

Let’s talk about your new EP “Falling, Faster”, is there a link/common theme among all its songs?

There’s a few things going on really. As I was just saying there is a track about dealing with life which I guess is a common theme throughout the EP and our bands songs in general.

I also talk a lot about this seemingly human need to dominate other people and use them whether this be in a place of work, much higher up in power or just in general.

It’s something that really bothers me and something I think needs to be spoken about. I think the track “Save You” is the most different lyrically.

It might not appear that way to the casual listener but it is actually a direct frustration with the industry we are in and how hard it can be to make an impact while you see an X factor chancer suddenly thrust into the limelight without much talent or music ability. The music video reflects that too.

And this one! It had 2 lives this song I guess. My personal stand point and then the new meaning it took on when I was talking to someone about their suicide attempt. Really sensitive subject but something that absolute needs to be out in the open and spoken about.

Do you remember the day you wrote “Repose En Paix”?

I do, it was the night of the Paris terror attack in 2015. I was at a gig myself that night. I remember coming out and reading about it and hearing it all over the news. It was that conformation that none of us are ever completely safe, it made me want to write a battle cry for everyone that we will not ever be beaten by these people and that life and music will always win. Another personal favourite of mine.

We release the EP ‘Falling, Faster’ on November 30th and are playing a hometown release show in Bradford to celebrate and promote it. Then we open some Christmas presents and get back on it in the new year playing everywhere we can and continuing to work on more new music.