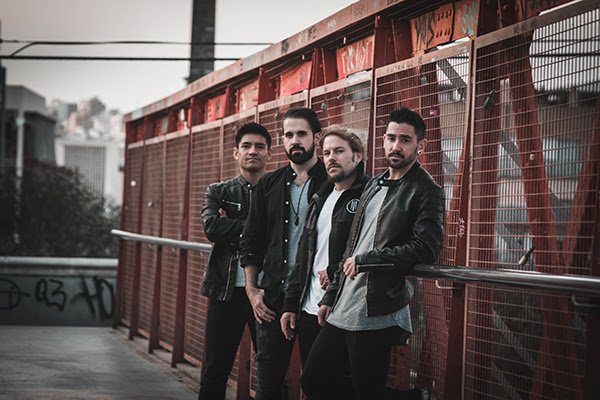 Spanish alt-rock act Far’n’Hate is back with a new video taken from the new single “Prison Of Self”, available now in all digital stores. The new track was produced and mixed by their drummer Jona De Haro, video directed by Marc Agudo. Stream it HERE.

About the new track their frontman Marc Camargo says: “As an artist, the creative process and the raw, unfiltered expression of what resonates inside of you, can become a two-edged sword. Realizing you’re being shaped and controlled by thoughts and beliefs you can barely understand at first sight, usually reveals barriers and fears you’re living by. ‘Prison Of Self’ unfolds this journey in which you confront your own demons, trying to liberate your being from those fears. This song was meant to be the first single off a new album, but we feel the time to release it is now. In a moment of such instability, change and transition like the one we’re living in, realizing that fear and uncertainty are things we can fight back and overcome is one of our best weapons as society not to lose our focus”.