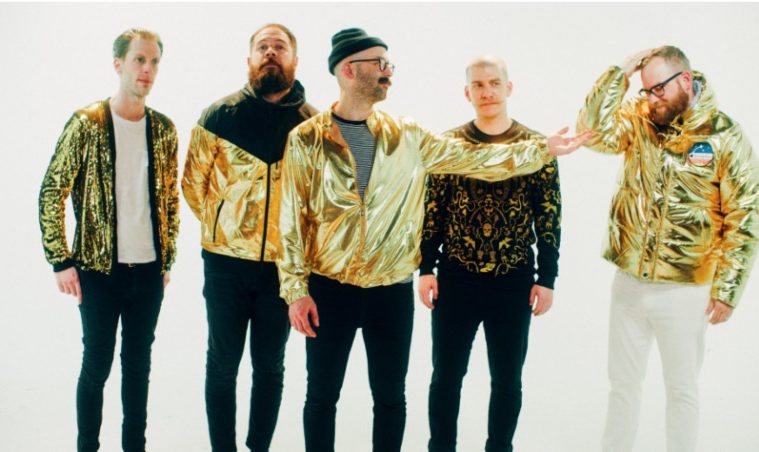 What is the process of writing the lyrics to your songs?

The older I get the more I just don’t want to write about anything that pops in my head. I want it to have some purpose and meaning, if nothing else, something that is true to me. Every time I try to write outside of my own voice I inevitably feel disconnected from it. Lyrics are such an important part of songwriting that I think is often treated as the last step in the process. I’m definitely guilty of doing that at times. So I’m doing my best to take strides toward making the most of every line in a song. Lately it seems that the lyric idea has preceded the musical idea but it’s certainly not always that way for me. At the same time, I love the challenge of having a melody you just can’t live without and then trying to find the words to fit within that melody and structure.

To write something that you feel. At least in my case, the more I feel it, the more others do too.

Some of my greatest teachers were vulnerable with me. Songwriters who I’ll never personally meet but their music sometimes helped me to make sense of life. That’s a pretty incredible gift and I’ve always had the mindset that I have a responsibility to do the same: to let people in.

What inspired “Looking Up”?

I get in these places sometimes where I feel really stuck. Since I was young I’ve always been a pessimist. Struggling to see the good in a bad situation and always managing to find the bad in a good one. I just got tired of living like that. So “Looking Up’ is about my journey toward finding balance in the way I see things; trying to live with a more optimistic outlook.

And “Everything for Nothing”?

Somedays I convince myself that if I don’t get everything done then it’s all going to fall a part. I wrestle in bed not letting my mind rest. I even had this happen the day the record released. I was up super late the night before finishing some videos for the release and then woke up to a bunch of texts that the record wasn’t showing up on Spotify. I start freaking out, but as the day goes on it starts to hit me that I just have to let it go. Not everything always has a solution or a fix. That’s hard for me. So when I’m not believing that it’s okay if things don’t go exactly how I planned them, I start doing a bunch of things that usually just lead to a massive soul suck. I wrote the song about how pointless it is to live that way and yet I’m still getting caught in it. Day by day though, I’m learning and growing. Hopefully people that listen to the song and struggle with the same will find the courage to hold things in life a little more loosely.

Is there a link or common theme among the songs of the new album?

The original intent wasn’t to write a record about fear but conceptually it was showing up in every song I was writing. I took that as a pretty good sign that there was something I was subconsciously needing to work out that was finding it’s way into my writing. It was kind of a fun process examining my psyche after the songs were written and seeing how connected all the
lyrics were. Of course, when I was writing the songs it felt more like I was going all over the place but isn’t that what fear does? It makes us afraid of what we don’t understand. We shut down or turn away. It’s a drug that we’re all caught up in, I just don’t think it’s as doom and gloom as political powers and social movements present. Fear makes us think that we need some greater power and system to fix all of our problems, which I agree with, I just think we’ve been putting our trust in the wrong place.

Well, this just so happens to be the first of our records that I produced so it would feel a little like breaking the rules to quote myself. I do remember something a friend told me as I was starting to demo that really stuck with me and helped to guide the process. They said to look for ways to add interesting turns to each song: surprise the fans. Based on the response we’ve received so far, I think that’s happening. Glad I listened.

The hope is to hit all major cities in the US. There are still some places we haven’t been to and 2019 is a year for changing that.