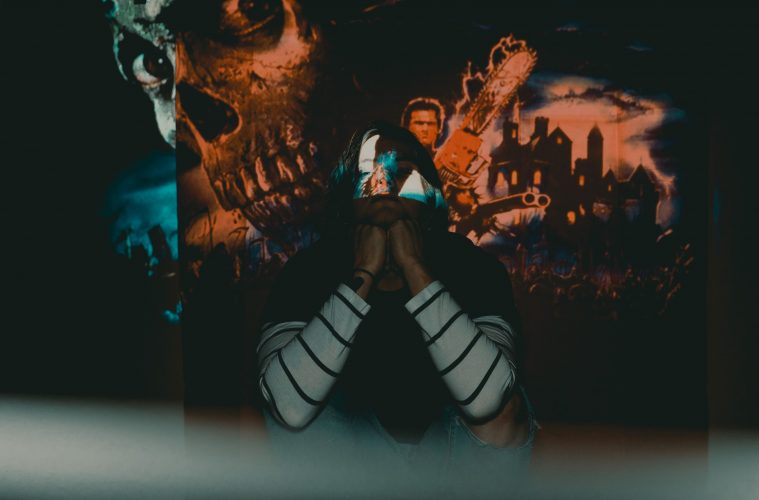 For me, creativity happens when I’m isolated, so usually I write things walking around town at night. Usually I start with the verse, which I consider to be the story of the song. As a storyteller that comes more naturally to me, then I can work on a hook and so on.

I’m actually so incredibly shameless it’s embarassing. At my heart, I’m an entertainer and a storyteller so it actually comes pretty easy to me.

What is the best lyric that you ever wrote (the most meaningful for you)?
I had this song from an old band I was in, it was about my anxiety and panic disorder that I ended up overcoming. The line that meant the most to me was probably “I see life in hallucinations because real life doesn’t translate” and that’s still true now.

‘Nobody Like You’ was written for another artist who passed on it, but it fit my style at the time so well that I ended up keeping it. It touches on unhealthy relationships, my self esteem, and the use of outside coping mechanisms to help you deal with heartbreak.

Do you remember the day you wrote “feelingdown”?
I do not. I don’t even remember who I wrote it about specifically. It’s about party life and drug addiction, so it could be any number of people I know.

When you will release a album/ep?
It’s a little up in the air right now, but just know if you’re a Vaines fan, you’ll have a packaged batch of songs this year, hopefully soon.

What are your plans for 2019?
Lots of things are planned for this year but I’m trying to play it by ear at the moment. The new single “Medicine” came out on the 8th, and definitely I’ll have more songs out this year.