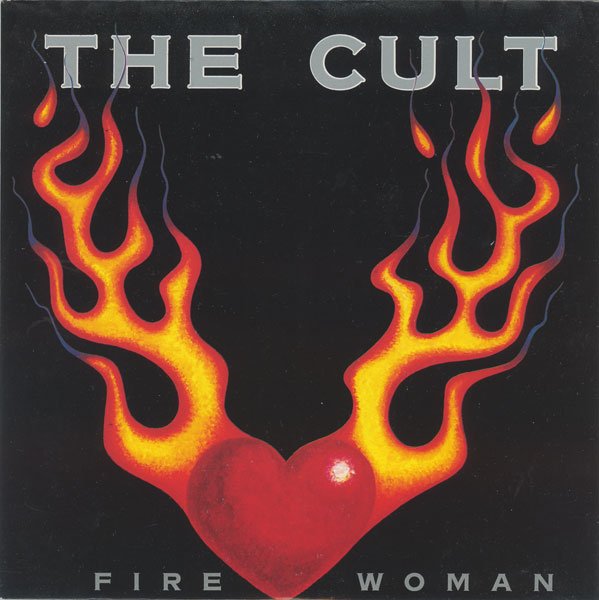 Doors, Led Zeppelin, Post Punk and Goth-Rock, these are the four major inspirations of “The Cult” created in 1983 in UK.

Since then the band did nine albums, the last one in 2012 is called “Choice of Weapon” with a new record label.

The singer and front man of the band is Ian Astbury ( that did a lot of collaborations with other musicians/bands as Slash, The Doors of 21st century, the Holy Barbarians and many more)  that established a long and fruitful collaboration with Billy Duffy , guitarist.

The band went through several changes  of line up, changing, in its history, over 20 members!! Today’s members are: John Tempesta (drummer), Chris Wyse ( bassist) , Billy and Ian.

In 1989 they released the album “Sonic Temple” that contains one of their most famous songs: Fire Woman.

The lyrics are very simple, they talk about a woman dangerous as the fire ; it is like an hypnotic attraction that Ian has for her…………more she will come closer more is the danger for him……….. but he cannot survive without her.

The lyrics has been written by Ian and Billy and the sound is like a psychedelic love that stimulates the imagination of the listener.

And you, how do you imagine your Fire Woman?