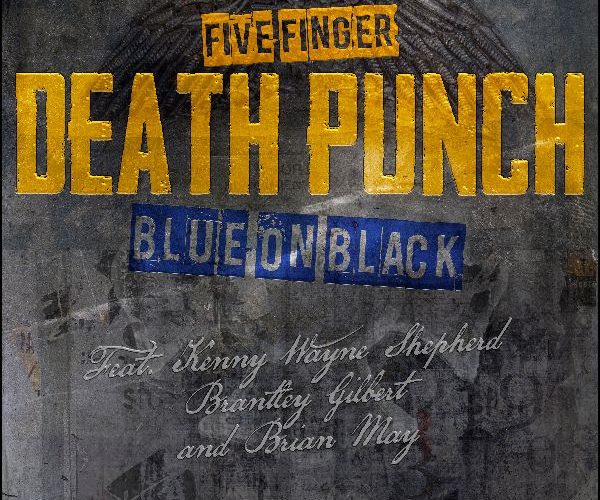 The mainstream Country and Rock collaboration of the year, “Blue On Black” by Five Finger Death Punch featuring Kenny Wayne Shepherd, Brantley Gilbert and Brian May debuted last Friday, April 12th and is now the #2 on the iTunes All Genres Top Songs chart and #1 most-added song at Rock Radio. Over 21,000 singles of “Blue On Black” have been sold in five days since its initial release and the video for the song has already garnered 9 million views across the board. The song is also holding top chart positions around the world including #2 and #3 on the German and U.K. rock charts.

Mixed by Kevin Churko (Ozzy Osbourne, Shania Twain, Disturbed), the artists merged country and mainstream rock to re-create the classic song which was originally recorded and co-written by Shepherd. “Blue On Black” is out via Eleven Seven Music. Listen to the song HERE.

Proceeds from the collaboration version of “Blue On Black” will be donated to the GARY SINISE FOUNDATION which honors America’s defenders, veterans, first responders, their families and those in need.