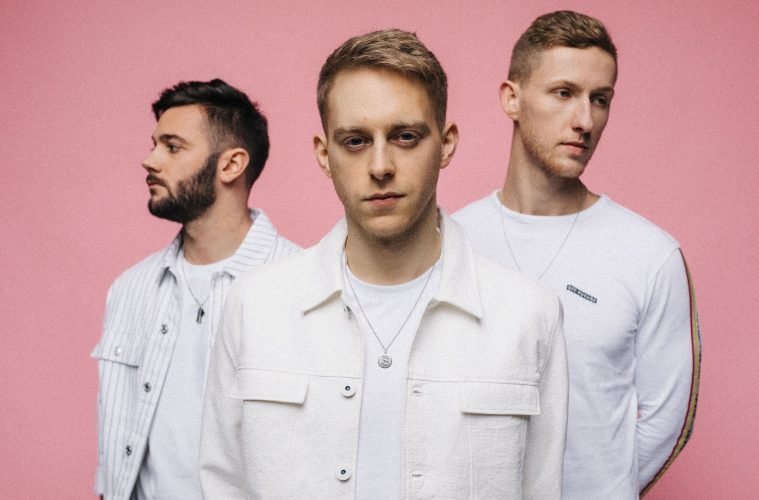 Flawes Release Live Music Video For ‘When We Were Young’

British alt-pop trio Flawes have shared a live performance video of their most recent track ‘When We Were Young’, which was released via Red Bull Records earlier this month. The video showcases the band’s electrifying live show, and another side to the anthemic song.

‘When We Were Young’ is the second in a series of three new tracks to be released by the Huddersfield and London band, and follows their recent release ‘Don’t Count Me Out’, which has been gathering critical acclaim since its release in February.

A nostalgic summer anthem, ‘When We Were Young’ was born in L.A with producer Drew Pearson (Kesha, Kygo, Galantis), before finding its ‘80s inspired influences back home in the UK. Filled with Flawes’ statement shimmering electronics and charisma, the track’s rich song craftsmanship speaks of the exploration and concept of a life lead differently.

Flawes said: “Sometimes in life you find yourself questioning decisions you’ve made, whether they’re from your past or present, and it’s crazy to think how one small choice made differently could have changed everything you know to be true now. It’s reminiscent for us, like If you knew what you’d become when you were a kid, would you have done anything differently?”

Few bands launch as explosively as Flawes did, bolting from the blocks straight on to radio within a mere three months of forming. Formed by frontman JC in the summer of 2015 in strange circumstances, all three members were session musicians who had hoped to be in their own bands. JC and drummer Josh Hussey, aka Huss, were childhood friends from Huddersfield who had spent their teen years in different bands. They both moved to London separately before their bands fell apart. JC spent two years touring the world with Ella Eyre, but continued to write songs on the side. When Ella asked to hear some, she was so impressed that she booked JC as a support act. The catch? He didn’t have a band, had only completed a handful of tracks and the tour was in three months.

A chance meeting with Huss set the wheels in motion and an introduction to Twickenham-born guitarist Freddie Edwards sealed the deal. One rehearsal later, Flawes were a band.

The reaction to their initial releases was instant. BBC Introducing played lead track ‘Don’t Wait For Me’ and, to Flawes’ astonishment, it was made Record of the Week on Radio 1, reached No.8 on Spotify’s viral chart and was chosen to soundtrack trailers for the hit US TV series ‘Lie To Me’. The next two years was a blur of shows, songwriting, airports and festival appearances.