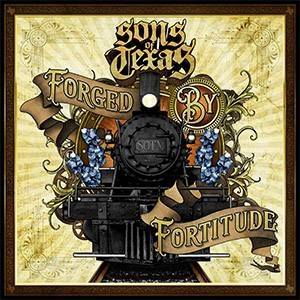 FORGED BY FORTITUDE – interview with Mark Morales – SONS OF TEXAS

The album Forged By Fortitude is your latest work. What do you feel like the album represents in your career so far?

Forged By Fortitude is a reflection of where we’ve been and what we’ve been through as a band for the past 2 years of non-stop and relentless touring.

What are your touring plans for the album?

So far The only thing confirmed is our next run supporting Seether in Europe and U.K. But rest assure, we will be on the road vigorously promoting the hell out of this second record for the next 2 years.

Can you tell us how you usually write the lyrics of your songs?

It differs from time to time. Sometimes a lyric or melody may tap into you, other times you’re given inspiration from listening to an idea or riff on guitar.

There really is no set formula in writing lyrics.

What inspired “Feed The Need”?

Sometimes in your lowest of lows, you feel like bowing out and throwing in the towel.

But then someone from somewhere pours out their heart to you, telling you how your music has touched them or inspired them in their lives.

It’s happened to me countless times all over the country .

Well, all over the World! When that happens,  it really puts everything in perspective for me. It’s really an Ode to all our friends and fans from all over the world.

They feed my need to push forward.

What about “Buy In To Sell Out”?

Its just my candid and personal opinion on the status of music and The bizz today.

What inspired “Cast In Stone”?

The song kind of touches on the aspects of existentialism. At one point in time in everyone’s life, we all get these feelings of being disconnected.

Either from a person, or a group of people, or maybe even the entire world.

Often left to ponder whether we’re on the right path or not, or whether anything we do in life matters or not. That was my inspiration when writing “Cast in Stone.”

What is the best lyric you think you have ever written?

I’m no Lennon nor McCartney, but this record does have some pretty cool and heavy lyrics.

One song in particular that I think holds alot of water, lyrically, is “Forged By Fortitude.” The second verse reads:

“Sucking out the poison,

A vicious bite, believed the lie.

Cause no one gets out of this

I have lost hand over fist.

Paid my dues, born to lose,

But I’ll play this hand again.”

I really dig it cause it’s just jam packed with perseverance and tenacity, and really gives some insight on what I was going through at the time.

What is your favorite song the band has written?

I can’t really say, because songs are like children to the band,

You don’t really have a favorite child. You love them all the same! But sometimes there are songs that fill you up with a little more pride and joy.

For instance, there’s a song entitled “Turning the Page” off this new record, that I wrote in it’s entirety.

Just me and my acoustic, a stripped down, simple little tune that surprised the hell out of me once the drums, the electric guitars, and even the soulful sounds of the church organ got mixed in!

The same with “Breathing Through my Wounds” from the last album. It’s just such an awesome feeling hearing it come to life, with all the embellishments your band and the producer give it.

The songs wouldn’t be as awesome if it weren’t for their contributions.

What was the biggest difficulty you had to face in your career thus far?

Being away from my family, it really doesn’t get easier for me.

You tend to think  that maybe you’d get desensitized to it all after the first year or so, but it hasn’t for me. I miss my wife (even if she thinks I’m a nuisance and a slob!) and of course my three kids. You want to be there,

And never have to miss their first word, or their first step, or a first day of school, or even a birthday. Moments like that, and milestones that you’ll never be able to witness, leave you feeling down, and moated with guilt. It’s a constant compromise.

There’s been so many unbelievable moments. But one that sticks out from all the others, is playing “Loud Park 2016” in Japan. It was our very first venture abroad and out of America.

We were the very first band to open the Main stage in that massive arena! Our set was at 11am, and It was a dark and damp morning.

We were driven by a chauffeur and taken in through the back, then waited in our dressing room the whole time for the show to .

Once we headed up to the deck of the main stage we heard absolutely nothing or no one except for the M.C. speaking in Japanese announcing us as the first act. Once we hit the stage, a loud roar flooded the entire arena as I looked out into a sea of people.

It was one if the coolest moments in my life and definitely a highlight of my career.