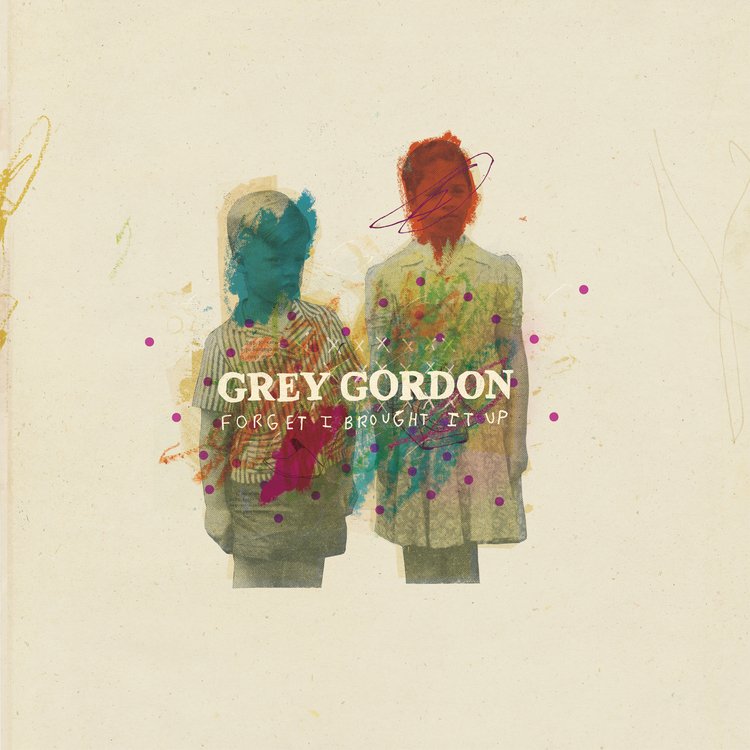 Forget I brought it up – interview with Grey Gordon

RYL: Your album “Forget I Brought It Up” has just been released, how do you feel about it? How was the reaction of your fans?

GREY GORDON (http://greygordon.bandcamp.com): It’s still early, but so far, the reaction has been overwhelmingly positive. I was pretty apprehensive leading up to its release, just because it’s so different from everything I’ve released thus far.

Listening to the record, there are a million things I would do differently if I had an eternity to critique and correct it, but I think that’s the nature of being a musician. I’m never as happy as I could be with the things I produce, but ultimately, I’m really proud of this record and I’m happy to have the opportunity to share it with the world.

GREY GORDON: I’d have to say “On The Subject of Serotonin.” The vocal melody is fun and challenging, and the chords are some of my favorite on the record.

GREY GORDON: Yes and no. There wasn’t an intended theme when I began writing the songs for the record, but one sort of emerged. To put it simply, I think there’s a recurring theme of futility and helplessness that presents itself.

A lot of the lyrics confront the notion of one’s words falling on deaf ears, and the frustration that comes from that feeling.

GREY GORDON: It’s a weird and varied process. I don’t necessarily have a single method I employ consistently. Sometimes I write music first and the lyrics come, sometimes I do both as I go. It really just depends. I’m always writing from a place of personal experience, though. Every song I write is representational of some aspect of myself.

RYL: Who produced the album?

GREY GORDON: It was produced by Benjamin Barnett and engineered by Pierre Ferguson. It was something of a dream come true when Ben offered to produce the record, because I grew up listening to his music.

He’s a singer/songwriter under the name Kind of Like Spitting, and has been producing incredible records since the 90s.

The dude is a legend in his own right, but we just so happened to become homies over the last few years, so I got the amazing privilege of having him produce my record. He and Pierre were an amazing team, and they could not have done a better job.

RYL: Tell us everything about the song “Anyway”

GREY GORDON: Well, I personally have never written a song called “Anyway,” but I’d be happy to tell you about the Martina McBride song of the same name. The track dropped in 2006, and is an absolutely beautiful, chart topping pop/country ballad. It appears on her hit record, “Waking Up Laughing.”

The song is great, because its dramatic and understated lead in transitions into a classic pop crescendo, sure to leave any listener floored. Martina really showcases her range on this one. I get emotional just thinking about it.

RYL: Do you remember the day you wrote “Revelation Summer”?

GREY GORDON: To be honest with you, I don’t even remember what I ate for lunch yesterday.

GREY GORDON: I’m heading out on tour September 12, and won’t be back until November 27. I’ll be out with Fossil Youth for 45 days, and then out for another 25 or so on another tour I haven’t announced yet. Very stoked.

GREY GORDON: That’s a tough one. I don’t think I can say with any authority or certainty that a single verse is the best, but I’ll tell you one of my favorites.

“Straight up shit is real and any day could be your last in the jungle. Get murdered on the humble, guns’ll blast, niggas tumble.” Knocks you over the head immediately. So dope.