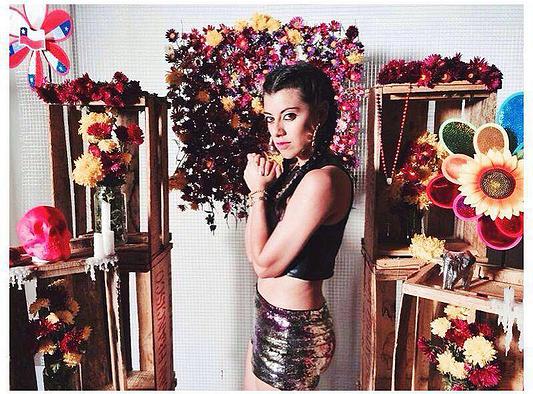 RYL: your last EP “Foto Pa Ti” has been released in 2013……what makes you particularly happy about it? What it means for your lyrically speaking?

MARIEL MARIEL: This is the best album I’ve made. I’m sure of it, because I wake up every day feeling ready to give the next step, make a rehearsal, concert, or interview, all around this album has a good vibe. Not always is easy, but even the hard steps are a motivation.

I’m building my own music style; it’s a language, sounds and words looking for new places, or the same places seen in a different way. I’m in love with hip-hop music, but I’m not 100% a raper. The same thing with folk, ethnic or Caribbean music, I’m mixed, and I know it’s not easy to understand my style at first time.

RYL: Using one word, how would you define it? Are you planning the release of a new one?

MARIEL MARIEL: I would define it like “Valemadres” this means I don’t care if you like it or if you understand it at first, I just want you to keep a feeling on it. Now it’s coming the second part of this process, and I’ll release Foto pa ti LP this year.

RYL:  Do you remember how the lyrics of “Noche Noche” have been written?

MARIEL MARIEL: I was home alone, in my apartment in Mexico City. Playing the guitar, I was very happy because I was finishing a new song.

Suddenly it came another idea and another new song that was “Noche Noche”. I was many hours playing until it came the night.

I was missing my family, my friends and the one I love, but I realized that if I thought deeply about them, I could go with them wherever they where, I could be so close with my heart and wishes. That’s the feeling of this song.

MARIEL MARIEL: It’s always different. Sometimes with a guitar or keyboard, some others with percussions. I also like to program my sequences and start to improvise on them. My way of singing changes too, some times I do rap, sometimes, ancestral voices come to me like sacred chants, some times simpler chorus in a pop way.

RYL: what does the lyrics of “Los Bajos vibran en mi pecho” mean to you?

MARIEL MARIEL: It means union. Andrés Landon, my musical producer, wrote those lyrics, and before to finish the song he gave it to me. A powerful gift! I wrote the second verse and the song came to life, every time we play live, people love that song, you can really feel love in the air.

RYL: How “Foto Pa Ti” has been written?

MARIEL MARIEL:You mean the song? I programmed the base many years ago; I remember it was at the airport waiting for a flight from Chile to Mexico.

One day I was in bed with flu, I almost couldn’t sing, my voice was damaged. So I started to rap and record it to not forget the lyrics.

Weeks later I showed it to Landon and Juan Torreblanca, I was ashamed because of my ugly voice, but they were so excited, they said was a happy accident, maybe the happiest in the history of my music. 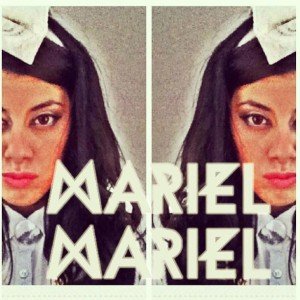 MARIEL MARIEL: These days I surrendered to the power of “Demonios y Angeles” The message is clear and direct, and it came to me like a divine song from the deepest of my consciousness.

RYL: where will you be on tour?

MARIEL MARIEL: Now in Mexico, Querétaro, DF, Ixtapa Zihuatanejo, Metepec. Then Chile in May and our first time in US, 10 July in Chicago.