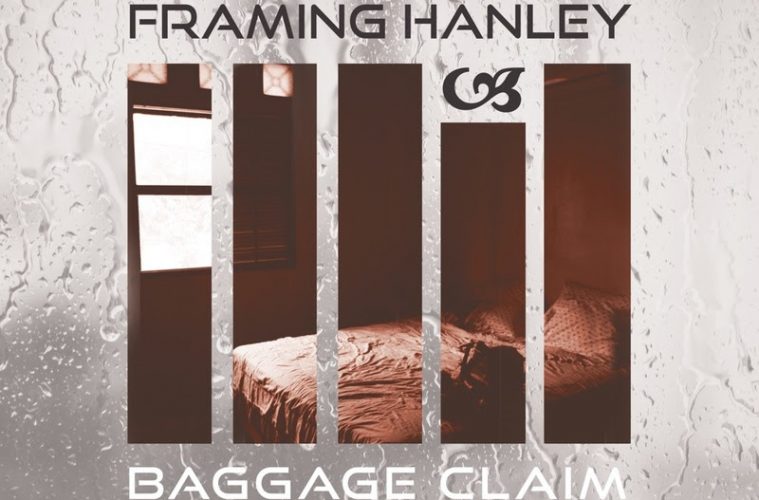 rockyourlyricsNovember 30, 20180 views
News0 views 01 min read
Framing Hanley have released their second single from their upcoming album Sumner Roots that is due out early 2019. The song can be streamed or downloaded at all digital outlets at https://thermalent.com/framing-hanley-baggage-claim.
Kenneth Nixon on “Baggage Claim”: ‘I’ve never been a fan of talking about the meaning behind a song to the songwriter, because it’s a songwriter’s goal usually to write a song that someone can relate to themselves.  It’s funny, though, because when people hear this song, they’ll likely have a much different takeaway than what this song means to us.  This song was written about the stranglehold that music, and moreover, the music industry had on us 4 years ago when we first considered walking away.  Just the feeling of wanting to change one’s identity, everything about oneself, to have a fresh start.  Yet every time we tried to distance ourselves from music, it was right there; threatening to pull us back under.’
The first song “Puzzle Pieces” was released this summer and has already surpassed 2 million streams.
The band had released three albums prior to breaking up in 2015. The Moment (2007), A Promise To Burn (2010) and The Sum Of Who We Are (2014) have sold over 200,000 albums, 1.5 million downloads and their music has been streamed over 150 million times on Pandora and Spotify alone. Their official music videos have surpassed over 35 million plays. Radio hits included Hear Me Now, Lollipop, You Stupid Girl, Collide and Criminal.
Details for Sumner Roots pre-order bundles will be available soon with the announcement of album artwork and tracklisting.