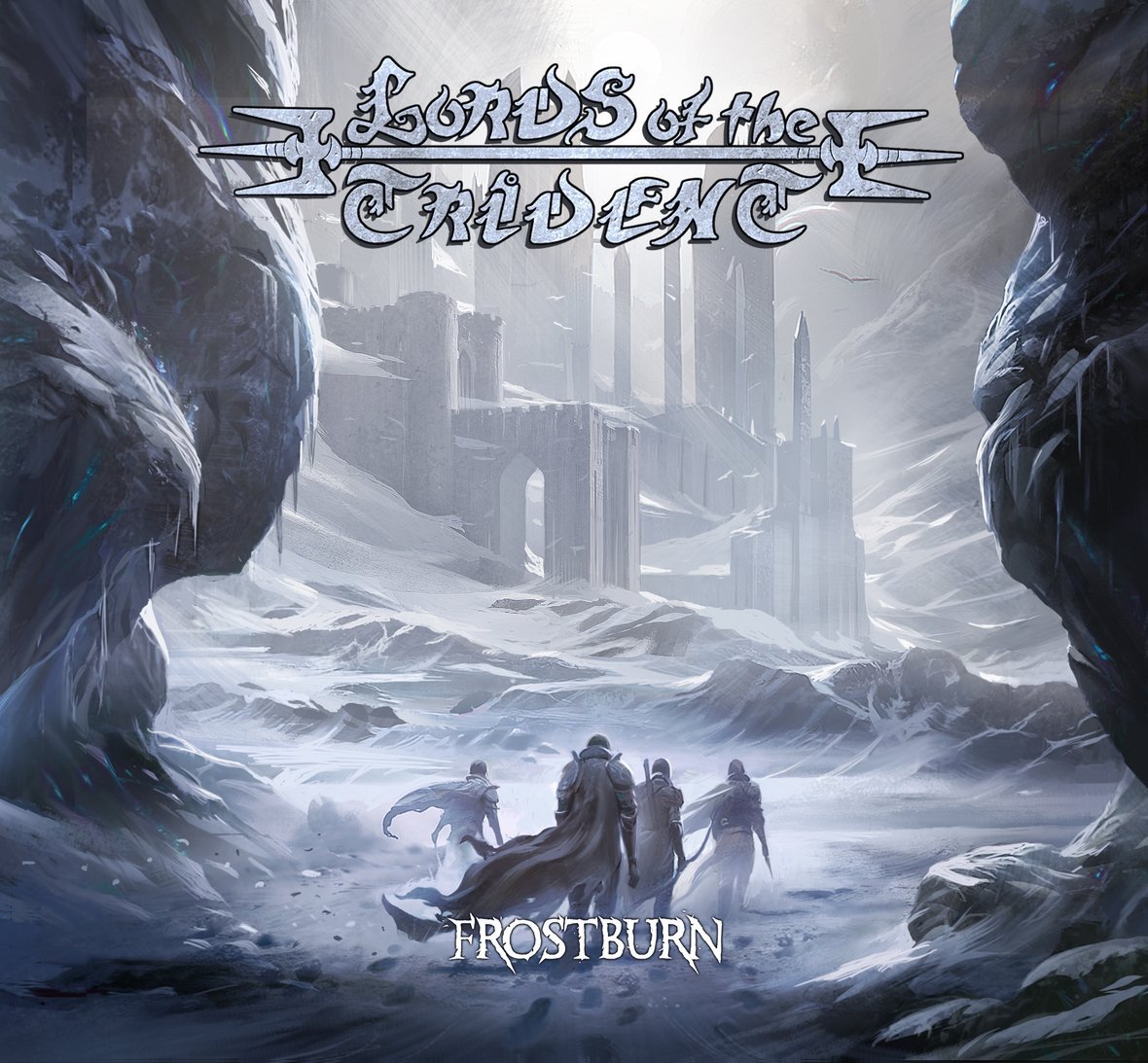 FROSTBURN – interview with LORDS OF THE TRIDENT

RYL: Your new album is titled “FROSTBURN” what this title does mean for you? Which was its main achievement in terms of lyrics?

LORDS OF THE TRIDENT: Well, for a long time we had trouble coming up with a suitable name for the album. We ended up going through two or three album titles before finally having a long, drawn-out discussion on the way home from a small tour.

The album’s artwork is inspired by the lyrics of the first song, “Knights of Dragon’s Deep”, which is about a group of knights battling a frostwyrm, so we thought something cold-related would be good. As we’re all currently denizens of the frozen north (Wisconsin, USA), and we use a lot of fire in our shows, frost + burn seemed to speak to us.

LORDS OF THE TRIDENT: For the most part, no. I would say that most of our songs have some sort of medieval theme & setting. Knights, battles, dragons, etc. But other songs have more modern themes – Tokyo street racing, biker gangs, World War 2… it’s all over the board!

RYL: Tell us everything about our favorite and first single “Winds of the storm”…

LORDS OF THE TRIDENT: When we were writing the song, we were discussing Dio’s lyrics. I love how the lyrics that Dio writes often have no real “concrete” meaning, but they just sound cool. “Ride the Tiger; you can see his stripes but you know he’s clean” – That sounds badass, but what does it really mean, anyway? Probably nothing!

So we tried to come up with some of the coolest sounding lyrics whose lyrics could be interpreted multiple ways.

Of course, there is a “correct” interpretation, but we’re not telling! I think “Winds of the Storm” has one of my favorite lyrics I’ve ever written – “Live your life as a game of chance; playing your hand in advance”

RYL: how do you, usually, write the lyrics of your songs? Do you believe to have a very different style of songwriting?

LORDS OF THE TRIDENT: Usually we listen to the melody of the song, and myself (or Asian Metal) can quickly form a mental picture of what the melody is about. You just listen to some songs and instantly think – “Ok, that one’s about a vigilante killer”, or “This one’s about swordfighting in the moonlight”.

These sort of things just appear for us out of the ether, and we’re quickly able to put together a large and sometimes overly complicated backstory that we want the song to cover.

After that’s done, the lyrics usually flow pretty easily out of that. We’ll go through 2-3 versions of the lyrics before we’re finally set with something we like.

RYL: Which is the best verse you ever wrote? The one the most meaningful for you…..

LORDS OF THE TRIDENT: I think I’m the most happy with the verse lyrics for “The Joust” off of Plan of Attack. The song was about Nostradamus’ prediction of the death of King Henry II of France. There is a lot of interesting and non-standard rhymes and wordplay that happens.

Also, for those of you familiar with Nostradamus’ quatrain, there are a number of nods to the original wording. Here’s the quatrain:

The young lion shall overcome the older one,

on the field of combat in single battle,

He shall pierce his eyes in a golden cage,

Two forces one, then he shall die a cruel death.

They lead the horses to the field

The trumpets sound the call

All in all, what a glorious way to die

Stand in glory for the king

And the coming times of peace

the murmurs cease as the royal banners fly

Summon the captain of the guard

in battle he is held in great regard

An honor to joust with a king for the glory it brings, and the fear

RYL: what inspired the lyrics of “Complete Control”?

That game inspired the lyrics for the song. We actually have 3 video game-inspired songs – “Face of the Enemy”, “Complete Control”, and the soon to be released “The Longest Journey”.

RYL: How difficult was to emerge with your music?

LORDS OF THE TRIDENT: We’ve been steadily writing, recording, and touring for many, many years now, but we have a tremendous amount of support from our fans and the metal community in general. So, probably not any harder than most bands!

We’ll be releasing our fifth album in February, and we’ve already got people clamoring for the release, so we consider ourselves very lucky!

RYL: Are you going in tour soon?which was the best show you have done so far? And the best one you have seen ?

LORDS OF THE TRIDENT: We did an extensive summer tour last year, and this year we’re experimenting with the idea of doing a number of small mini-tours (3-4 days at a time) instead of one large tour.

That way, we can travel more often and hit more areas of the US. The best tour we’ve been on was probably either last summer for TRIDENTour2014 when we played the Warriors of Metal festival and then Pittsburgh the next day with Dethlehem, or perhaps the last mini-tour we did when we played Cincinnati Powerfest 3.

RYL: Which is the most difficult issue you had to overcome in your career?

LORDS OF THE TRIDENT: Losing members! We’ve gone through 4 drummers, 2 guitarists, and 1 bassist! Too many assassins are out to try to capture or kill the Lords!

RYL: What inspired the song “Chains on Fire”?

LORDS OF THE TRIDENT: We had decided on a name before we wrote the album Chains on Fire, and Asian Metal wanted to have a title track for the album.

So we knew we had a song called “Chains on Fire”, but we didn’t know what was causing the chains to catch fire! So we came up with a story about a sorcerer who had found a magic ring that would set anything on fire, but drove him insane with power.