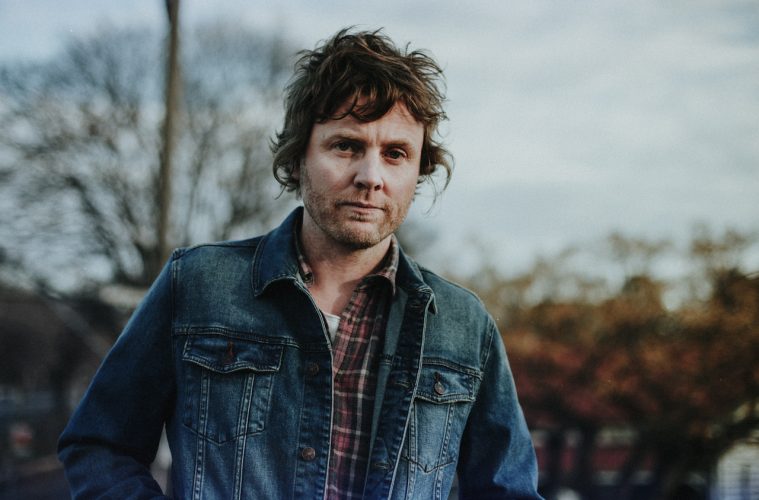 rockyourlyricsAugust 28, 20180 views
Rock Interviews0 views 07 min read
How do you usually write the lyrics of your songs?
If I’m lucky the main lyrical hooks, like in the chorus or sometimes elsewhere, will just come out as I start to write the song and then it’s a case of going backwards and solving the puzzle, filling in the gaps, making everything lead towards the main thrust of what the song is about.  I am guilty of procrastinating on lyrics and I do a lot of editing over many months before I’m satisfied with them.
In your opinion, what is the most important thing in songwriting?
I think just having something to say.  I think it’s easier when you start off in a way, because even though you don’t have much experience and you’re still learning how to write, you have a clean slate in front of you and you’re whole life to write about.  I’m at a stage in my life where I’ve made a lot of records and written hundreds of songs so for me, the most important thing in song writing is having something to say, or something to express, that is worthwhile and different to what I’ve done before.
Are you ever scared of revealing aspects of your personal life/experience to strangers through your music?
Yes, of course!  That is often part of the thrill of it too.  It’s like being a flasher, but under the over coat is your opinions or feelings.  Also too, a wise man once told me that the really interesting part of your own songwriting is when you are right on the edge, so if you’re feeling a bit scared, it probably means you are on the edge which is right where you wanna be.
What is the best lyric that you ever wrote (the most meaningful for you)?
That’s a very difficult question!  To give you a proper answer would require me to go over all my lyrics and really think about it which neither you nor I have the time to do, so I’ll offer you the first line that comes to mind that I think is okay.
“The waves spat vitriol against the cliffs as if to beckon me”.
What inspired “Drowning”, part of your new best of album “Full Circle”?
Just a feeling of suffocation and desperation to go further and deeper.  It’s not really about one particular thing or event in my life.  It’s about a whole bunch of different circumstances in my life overwhelming me.
And “Don’t Wanna Grow Up Anymore”?
The album that that song comes from is called “Familiar Stranger” and was written between the death of my sister in law and the birth of my first child, so pretty much every song is deeply reflective and all of them are inspired by those two events.  There’s nothing like watching someone die and watching the birth of your own child to get you thinking very deeply about life, the universe and everything.
Do you remember the day you wrote “Sadness and Whiskey”?
I actually do!  I think you always remember where you were when you write the really good ones!  I was at my house in Perth in 2005 sitting at my computer with my guitar.  Back then when I was online the internet connection was so slow that in between pages loading I used to play a bit of guitar!  I was listening to Badly Drawn Boy’s first album a lot at the time.  I was booked on a flight to Nashville to record “Suburban Songbook” after being signed to EMI.  My partner was in Switzerland working and while she was away I had gotten an engagement ring made for her with plans to propose when we met up in Europe after I finished making the album.  So it was a very exciting time in my life but I was obviously missing my partner at the time too.
What was the best moment of your career? And the most difficult one?
The best moment of my career was probably making my Nashville albums.  It was a dream come true and I was working with wonderful people and it was also the time when my solo stuff took off and I’ve been riding that wave ever since.  The most difficult moment was probably around 2004, when Jebediah were struggling and I had no solo career and was really contemplating the end of my time as a professional musician.  It felt like all the structures that supported me were falling away.  It’s funny how they say it’s darkest before the dawn because that is exactly what it was like for me.
What are your plans for 2018?
Well 2018 is almost over already!  Full Circle comes out in October and I am touring that release over October and November.  I am also scratching away at my next album, which is starting to take shape and I’m really excited about it because it’s going to sound different to any album I’ve ever made.
To conclude the interview a short Q/A session, please answer the first thing that comes to your mind:
· Define in one word your album “Full Circle”: LIFE
· The best show you ever played: ALL OF THEM
· The one thing that you must have in your backstage rider: WINE
· The soundtrack of your childhood: 80’s AM RADIO
· Your favorite song lyrically speaking, but not written by you: “Imaginary Friends” by Ron Sexsmith
· Last question is “unusual”, we want to know your best relationship advice: Try to be honest as much as possible and don’t take your lover for granted.  I think the secret is falling in love with someone who has the same relationship goals as you and then creating that until it becomes a reality.  I don’t believe “the one” just arrives or doesn’t arrive depending on luck.  You have to create it with someone who wants the same thing.