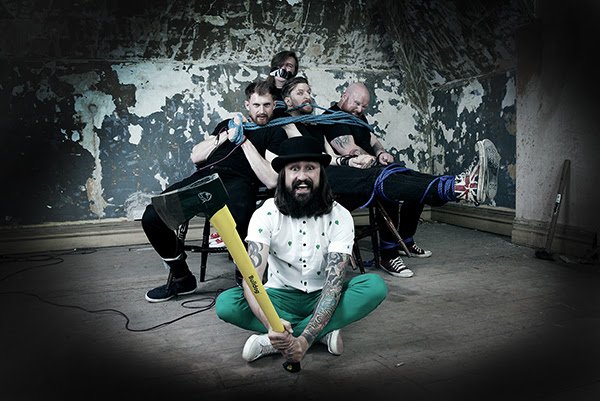 rockyourlyricsAugust 2, 20180 views
Rock Interviews0 views 06 min read
How do you usually write the lyrics of your songs?
I generally have a collection of voice recordings, ideas, themes I’ve built up over time and when Adam comes to me with music, riffs and the like I go through them all and see if anything works with the music, any sparks or creative flow, if nothing I just go over the music again and again humming and imagining words over parts and things do start to happen, and once you have started and are pleased with the direction it just flows for me, after that there is no rule about start at the start, could be back to front, chorus then verses or anything, it’s a really satisfying process.
In your opinion, what is the most important thing in songwriting?
I think it depends on the person, why you are in a band and what kind of band it is, but for me it’s most definitely honesty, be funny, creative, sad, but don’t be fake, people see through that.
Are you ever scared of revealing aspects of your personal life/experience to strangers through your music?
No, believe me I’m very thorough with what I write and how I write it, I do reveal things but only what I want and the manor in which I choose, I’ve said a lot in our songs, a lot about me, music is there to be interpreted by the listener however they feel, and you as a writer must think how they may do that, and be savvy and as clever as you wanna be depending on the message, but yeah people can think what they like but unless I confirm it to them personally then it could mean anything.
What is the best lyric that you ever wrote (the most meaningful for you)?
It’s nothing cryptic or deep, it’s plain and simple ‘my dads my hero my mother is god’ they are always there for me and I love them for that, the track is “Northern Boy” from ‘Full Nelson’.
What inspired “Billy Balloon Head“, part of your latest album “Full Nelson”?
It’s a stab at the intolerance, anger and general misery spreading of some people, racists, homophobes, bigots, sexists, arseholes, I’ve no time for it, I’ve painted a broad stereotype character if you like for the song, generalised somewhat just to make my point, but there are a lot of them about, unfortunately, I thought they’d make a good target for some amusing venomous lyrics, we think it came out great, it’s one of our most streamed tracks currently.
And “China Pilates“?
“China Plates” is a stab at the weird and wonderful world of social media, it’s not a dig at Facebook itself, more the behavior of its inhabitants, I think social media is a wonderful invention, but it’s created this bizarre universe where it appears people feel they can do and say anything they like to anyone they like, which of course you can, but combined with people who react in the same manor and you just create an uncomfortable environment, trouble is you’re exposed to an infinite amount of people more than you would be without social media, it’s not healthy for the mind haha hence why I’ve left.
What was the best moment of your career? And the most difficult one?
Best, we’ve had a few without doubt, signing a deal with earache was special, selling out the Borderline in London was too, supporting the Wildhearts at 2 iconic venues was truly incredible, Manchester Ritz and Nottingham Rock City, those guys are the coolest guys in the Biz no question, but I think I’d have to say playing Download, I mean that was a real real moment, absolutely incredible feeling, I’ll never forget that. The most difficult moment was losing Carl from the band, we made that decision we think for the right reasons, but it was the hardest thing we’ve ever had to do.
What are your plans for 2018?
The rest of the year is primarily centered around the new album release, it’s out August 10th and the PR campaign is almost over, we have a few shows already booked but we will be looking at a headline tour or a support tour if the right one comes along, but yeah gigs gigs gigs.
To conclude the interview a short Q/A session, please answer the first thing that comes to your mind: