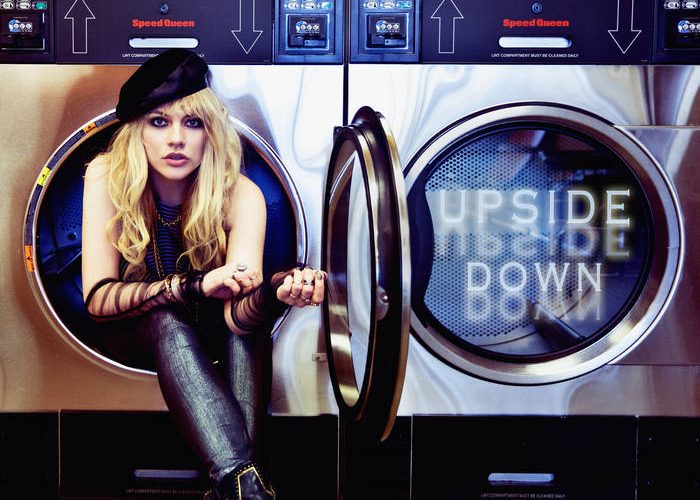 Future From The Past – Interview with Olya Viglione – Scarlet Sails

rockyourlyricsOctober 2, 2018106 views
Rock Interviews106 views 07 min read
How do you usually write the lyrics of your songs?
With writing songs, and lyrics in particular, it’s like listening to your intuition: you never know what it’s going to tell you but you gotta follow it no matter where it comes from and where it goes. Sometimes words and sentences come in bulks, as a stream of consciousness, so I write them down and try to make some sense of them, but not too much later; sometimes full lyric comes out of you when melody dictates it and that’s the most satisfying of all, I think.
In your opinion, what is the most important thing in songwriting?
Continuing on the idea of following your intuition being parallel with writing a song, I think the most important part is to listen, and not to force things. Otherwise you end up in the wrong direction. It’s like with giving birth- you have to let the idea come out on it’s own, support it, help it grow, but don’t try to pull it out forcefully, haha.
Are you ever scared of revealing aspects of your personal life/experience to strangers through your music?
I would hope that people could relate to my lyrics and feel less alone in situations where they feel disconnected from the world around them. I know music did that for me, and I wanna give back. But it’s an interesting question. By baring your soul in your music you become both powerful and vulnerable.
What is the best lyric that you ever wrote (the most meaningful for you)?
As I am was super meaningful and important to me the time I wrote it. Many songs I write deal with different demons and problems and have a reassuring message that it’s going to be alright. Right now, “Upside Down” is the most meaningful.
What inspired your latest single “Upside Down”?
“Upside Down” was inspired with us going on our first West Coast tour. I was feeling a bit jaded in New York, and discovering West Coast and LA brought new energy and new hopes in. It’s about trusting the process and realizing that we can’t control everything and holding on to the things the way they are or were is pointless, because life will put you through never-ending changes.
The only thing you gotta do is to be ready to ride them at all times. Which is not easy, because letting go not only fills you up with freedom, but it is often coupled with fear and you just have to not look down.
I realized that when I was overseas in the Georgian mountains this summer. If you walk the heights you’ll be alright as long as you look straight and know where you wanna go. As soon as you start looking down, you start giving in to the fear of falling down. But that’s not why you are there. You are there to explore and look at the beautiful sights and reach your destinations. So keep your head straight and focus on what matters to you.
And “Boy You Are Wrong”, part of your album “Future From The Past”?
Sometimes it feels like you’re talking foreign languages with one another even if you speak the same dialect. That song was addressing that disconnect between people who love one another. Before I started going through a rough patch in the relationship this song started playing in my head and sat there for 2 weeks. And then BOOM. And it all went down in flames. Sometimes they work like that, as premonitions.
Do you remember the day you wrote “As I Am”?
Oh yes. That was one of the most satisfying songwriting experiences I’ve had. I’ve sat at my piano and just let it all out, what boiled in me for so long. I loved the chord progressions in that song so much, I played it over and over and over again. Then I demoed it and sent it to my guitarist, Mark Kohut, the same night. He said OK, I’m not sure what’s the direction here, but I’ll jam on it. Then he showed up for the next rehearsal and played the most beautiful and the most perfect guitar line for its chorus and and a solo. Gave me all the feels. It was September 2017 and it became the last song to join the track list on Future From the Past.
What are your plans for 2018?
With the few months left in this year, we’re going on our very first U.K. tour that I’m super pumped about. I’ve never been to England and I love their music and culture so much, I think this trip is going to be absolutely amazing. Also doing more writing, getting back in the studio, getting inspired and plotting for the next year. There are some really amazing songs in the making, I don’t think I’ve ever been as excited to get back into recording studio as I am now.
Be present. Don’t allow others dictate your life. Don’t snooze on all of the amazing things you can do. Start with as small steps as you want. But do something every day. So you have no regrets. Talking from my own experience here, I’ve done the shift and I’ve fallen in love with life again.
To conclude the interview a short Q/A session, please answer the first thing that comes to your mind: