Mercury Prize and BRIT Award nominated musician Fyfe Dangerfield unveils The Birdwatcher EP: the debut project from the label wing of his burgeoning digital home Channels May Change and his first official release in a decade, in association with The state51 Conspiracy.

These past ten years have been far from idle for Fyfe though, who has chosen to feverishly create his music in private, reconnecting with a childlike wonderment in music-making. It was amidst these instinctive twists & turns that Channels May Change, and its flagship series ‘Birdwatcher’ was born. ‘Birdwatcher’, a 12-part series of audio episodes, containing a surreal mix of music, songs, sounds & characters, lives on the Channels website, and was originally broadcast week-by-week, with each instalment fresh out of the oven, having been put together in frantic real-time in the days ahead of transmission, alongside accompanying artwork and “menus”.

Having drip-fed the EP to the world track-by-track, today marks its full release with the unveiling of title track ‘Birdwatcher’. At once soothing, throbbing and soaring, ‘Birdwatcher’ sees Fyfe weave together an exotic dreamland orchestra with his unmistakable vocals, concocting a richly textured and utterly unique soundscape.

“Making the Birdwatcher series was the first time I’ve really felt able to capture how music sounds in my head, with no filter,” Fyfe explains. “Just having the space & time alone at my studio, to let the music morph & evolve in its own curious ways, at its own pace .. it’s been the most magical adventure.”

So what exactly is Channels May Change? In the physical realm, Channels HQ currently resides in an ex-Turkish Delight factory in North East London, overlooking train tracks & a family of loud, loud foxes; in the virtual one, www.channelsmaychange.com exists as a burgeoning digital home for Fyfe and an arc of collaborators, a free playground where everything and anything made for the pure joy of creativity alone can be shared, ready to be sampled by the curious.

In Fyfe’s own words: “We casually share informal photos of ourselves all the time these days, and I need to be able to operate the same way creatively … to happily show myself in my musical pyjamas, rather than only ever presenting the smartened up ‘first date’ version of myself to the world.

So Channels May Change is that open station for me, where all the strangest, most oddly-shaped ideas that make no rational sense but still tickle me can reside, without them feeling like their only option is to have to jostle & hustle for living quarters on a more conventional release.”

Equally at ease tinkering on charity shop keyboards or scoring for symphony orchestras, Fyfe is renowned for the four acclaimed albums he released with Guillemots, including 2006’s Mercury Prize-shortlisted Through the Windowpane, as well as his 2010 solo album Fly Yellow Moon, which drew the likes of Sir Paul McCartney along to his live shows. Now embarking on this new artistic chapter, The Birdwatcher EP heralds a year that is set to see a raft of official releases from Fyfe on the Channels May Change label, alongside the channel’s ongoing stream of free creative goodies. 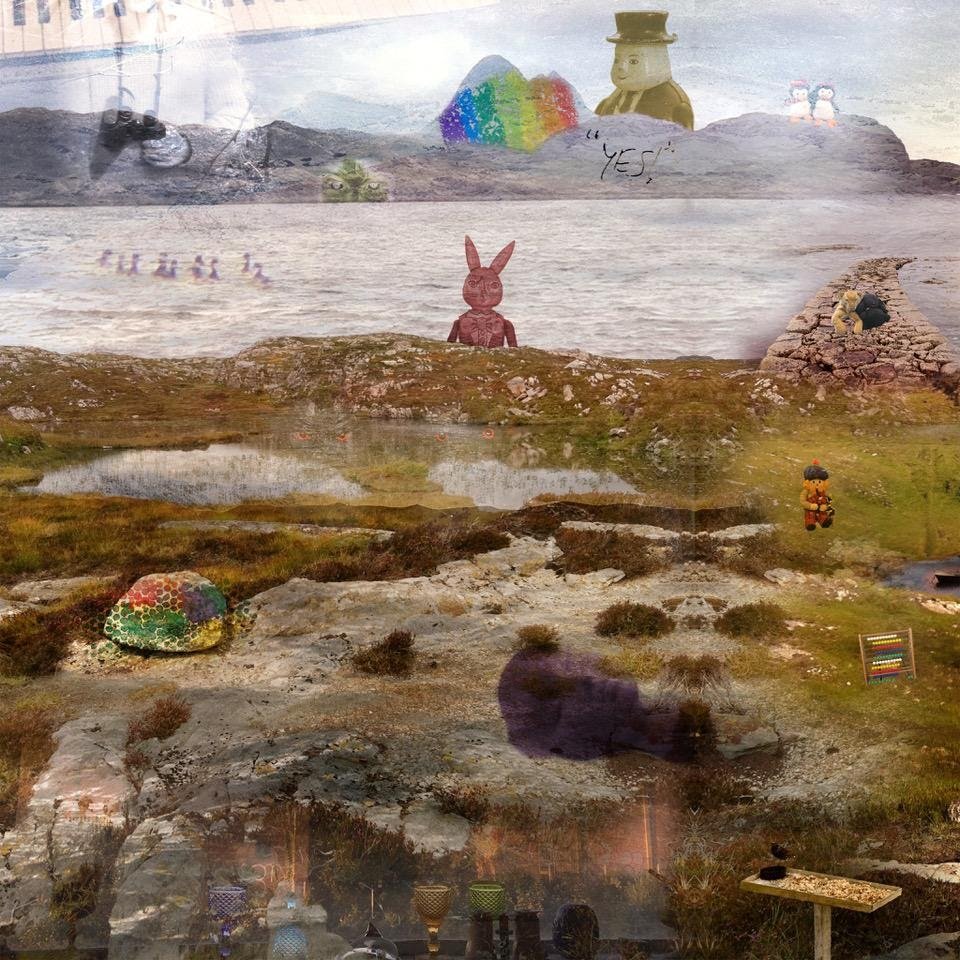