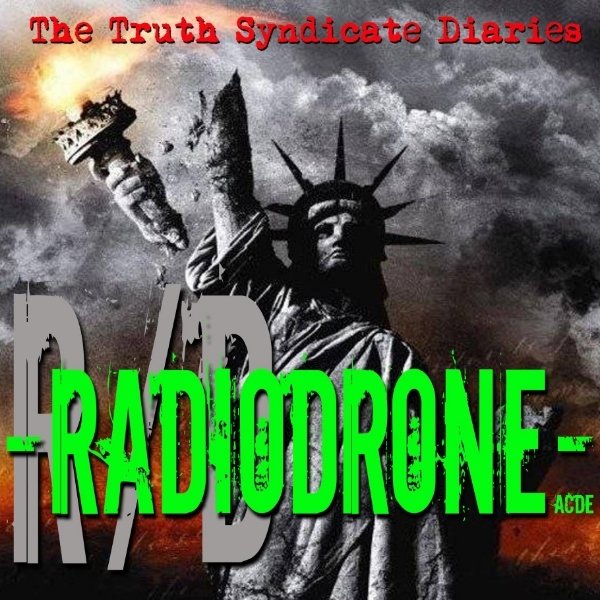 RYL: Tell us everything about the song “Game Change”

Radiodrone: Well if you listen to the lyrics of game change you’ll find it takes you through a bit of a story. It consists of references to the state of our nation.

How the fundamental infrastructure that it was based on being is slowly being diluted and eradicated. You will find elements that may be alluding to the Statue of Liberty and our Constitution in general.

In the chorus we are projecting a statement of society rebutting the situation and reclaiming this country and what is was founded on. That would be the voice of the people i.e. the voice of radiodrone.

Radiodrone: I think the commonality between all the songs on The Truth Syndicate Diaries is that every song has a statement regarding our current reality as part of the human race in its current state.

From the concerns about our environment, war, religion, political corruption and even love. In a nutshell Truth Syndicate Dairies in its entirety is a societal look in the mirror.

Radiodrone: The streets of Hollywood

Radiodrone: Randy will come up the general foundation of the song, from there Danny and Steve will format the song and I will work lyrics.

RYL: What is behind the verses of “Showdown”?

Radiodrone: I am describing what would be an old-school Western gunfight.

Brought to current time it would be the voice of the people stating that we are not sheep in their pen but rather quite aware of what is and has been occurring and prepared to fight the corruption and agenda oriented powers that be.

Radiodrone: That the song is the best it can possibly be for our listener’s rather than personal indulgence. And that it resonates some type of lyrical statement and story.

Radiodrone: With literality thousands of lyrics I have written and am proud of this will be a tough answer. But to stay current I will jump off of this latest album to a song not yet recorded! I really dig the second verse.

“I stare and turn the page

The echoes they remain

Radiodrone: That would be the song I just referred to in the last question! It does not have a name yet but we have played it at the last three shows so it has been videotaped.

And now you have a glimpse at the lyrics! You can look forward to a new RadioDrone 4 song EP in the New Year.

Radiodrone: We are a few weeks away from shooting a new, rather insane video for Battle Call along with continuing our writing and preparation for the studio.

RYL: What the verses of “Battle Call” mean for you?

Radiodrone: It’s specifically referring to the future, where the momentum of the people is over running corrupt leaders of the current system making change inevitable.

The song voices a band of brother, “humanity”, coming together and reclaiming our future as a race.