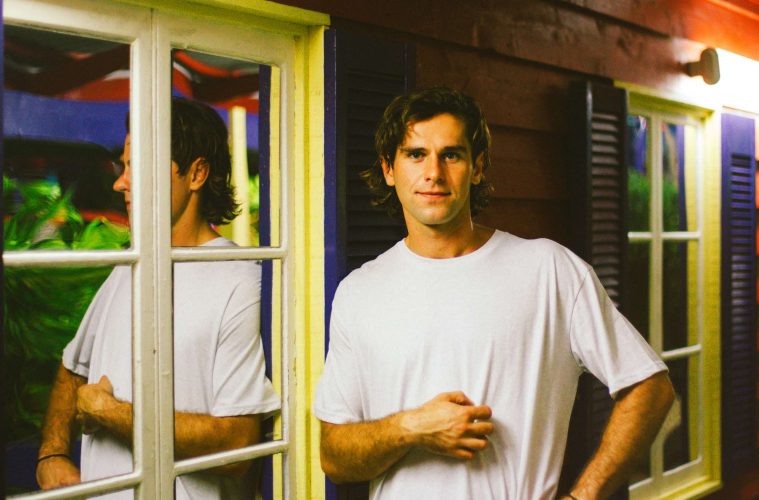 Newcomer Gaudion has announced his clever, indie pop single ‘TV Shows,’ a wistful reflection upon love and loss written during a period of deep change and development for the artist, out now. Gaudion has also revealed a sweet, adventurous video to accompany the track, directed by Guido Pezz.  In light of COVID-19, Gaudion is unable to perform regular gigs – so to celebrate the release of TV Shows he has announced a YouTube/Instagram livestream performance on April 30 at 7.30PM EST.

‘TV Shows’ is one for fans of guitar pop and brilliant Australian songwriting.  Evocative of Dean Lewis, Ziggy Alberts, and Ben Howard, ‘TV Shows’ would feel at home on the soundtrack for a coming of age romantic film, or perhaps it’s that track that you’ll play over and over on your next summer roadtrip.  Catchy and affecting, this song features Gaudion’s lovely vocal performance front and centre.  Speaking on the inspiration behind the track, Gaudion explains, “TV Shows is a small part of my life.  I began writing the tune when I was working on a small farm in a rural area in Canada’s Saskatchewan.  In this place I was turbulent.  I never knew what I wanted to do.  So I taught myself to play guitar and sing inside a grain silo every day after work.  I was also going through a difficult stage of adolescence; through this song I was aiming to express my current feelings with music.  Every time I’d think of the things I was going through I’d write a little bit more of the song.  It’s not the first song I ever wrote, and definitely not the last, but it holds a long journey of my emotions, my memories and my thoughts.”

The film clip for ‘TV Shows’ is open to interpretation, allowing the audience to incorporate their own meaning into the clip, which is a very special feeling.  The video follows the story of a couple who part, while Gaudion watches on on a television set.   The performance is serene, indicating a sense of acceptance of life’s inherent challenges and curveballs.  Speaking on the clip, Gaudion enthuses, “The music video for TV Shows has been one of the funnest journeys ever.  Guido Pezz is a fantastic director, new mate of mine and creative genius.  It’s literally a video of me watching TV Shows which follow the emotions of the music.  I’m very happy with the process, the beautiful actors we worked with and laughs we had along the way.”

Although disappointed that he won’t be able to perform in person for the foreseeable future, Gaudion is excited to present two intimate performances via livestream, as he says,  “All we have seen happen to the world over the past months due to COVID-19 has been devastating.  In our industry, all shows have been cancelled, jobs have been lost and artists are genuinely scared of the carryover effects that this virus will have.  I feel the need to keep moving forward and I’m also in a position to brighten peoples’ days through sharing my music, so I feel very fortunate.  I am excited to be performing two Youtube livestream performances to celebrate the release of this song.”

Talented in more ways than one, Gaudion is a keen carpenter, and even made his own guitar, as he says, “I love building and creating things with my hands, I find it very rewarding and exciting.  A few years back I built an acoustic guitar from scratch. She’s a medium sized dreadnaught made from Tasmanian blackwood (back and sides), sitka spruce (top), mahogany (neck) and Indian rosewood (features). Her name is Grace, and I play her every day!  Everything happens for a reason, and after building this guitar I became a lot more interested in playing.”