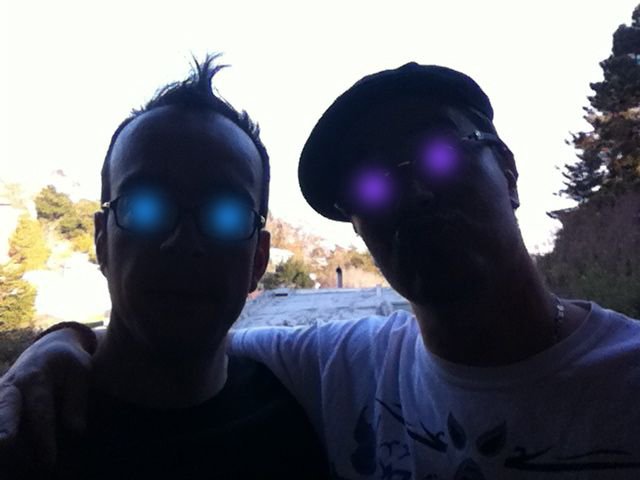 GEOCIDAL a new album by tētēma – Interview with Anthony Pateras

RYL: Your new album titled “Geocidal” will be released on December 9th, what this record means for you?

Anthony Pateras: This is record is about the murder of place. Throughout its gestation I moved country a couple of times and all the fragmentation which comes with that impacted my compositional approach.

Most instruments were recorded on different continents; through this I was trying to articulate the sensation of groundlessness in sound. I highly recommend moving to the other side of the world to change up one’s musical approach!

RYL: one of its songs is titled “Emptiness of Ecstasy”….What inspired it?

Anthony Pateras: I think many composers try to evoke a feeling of ecstasy or dramatic revelation in their work, or try to form an absolute “emotional” truth with empty musical signifiers and/or stale sonic tropes. In most cases, its a massive failure, and not in an interesting messy way, but in a tedious, over-engineered kind of a way.

Lies about music are emphasised and reinforced by the cinematic musical language that we are exposed to every day: a manufactured lexicon of sound to make us feel and think certain things. I feel this culture of representation has made its way into the so-called “avant-garde”. This song is about that: both parties acting out this empty contra-deal between listener and musician.

Anthony Pateras: The only common thing is that we tried to let the music tell us what to do, not the other way around. It was a very fungal, abstract process in this sense. Things grew very naturally out of the ether, we didn’t hunker down to make a product to move units – it was open-ended and organic, driven by desire, not time.

RYL: Do you remember how “Tenz”, first single released from the album, came to be?

Anthony Pateras: It was simply a decision to introduce the band in the clearest light possible. This song contains a lot of the techniques that pop up all over the record: arp synthesizers, edited drums to make the natural sound un-natrual, re-orchestration of electronic elements with acoustic ones, stacked rhythmic palimpsests, polychronic chanting…it was also the last song to be finished and one of my personal favourites.

RYL: how do you compose your songs?

Anthony Pateras: With this record, basically when I felt something physical and chemicals went off in my brain, I kept the idea. If neither of those things happened, I trashed the idea. That continued for about 18 months.

RYL: Tell us everything about “Ten Years Tricked”…

Anthony Pateras: Its another meditation on lies. Especially in music, we can convince ourselves of anything. Sound is so ephemeral, and most commentary on it is completely and utterly pointless, and now there is more than ever.

Through the onslaught of misinformation and opinionating, people get crazy ideas about it. Specifically this song is about listening to something or someone and knowing that in fact you’re being tricked or lied to, but for whatever messed up masochistic or self-delusional reason, you go along with it.

RYL: A lot of musicians participated to this new album; which was the collaboration that impressed you the most?

Anthony Pateras:  I hand-picked these musicians and would’ve have done so if I didn’t know each and every one of them would bring something incredible to the table.

RYL: How was working with Mike Patton?

Anthony Pateras: Wonderful. Thing is, Mike doesn’t need to work with a guy like me, he can do what he wants, so its very impressive that someone in his position is prepared to engage with something like tētēma with the level of commitment he showed.