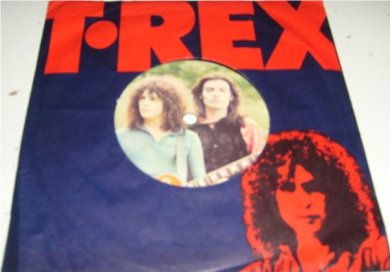 End of seventies,1977,  a car accident will stop the career of T Rex, a band headed by Marc Bolan that will end up killed in a car crash.

The era of success of the band is the one of Glam Rock, of Los Angeles, Hollywood Boulevard and the Trombadour.

The desriny of the band members was crazy, Marc died, then Steve Peregrin Took died  from axphitiation ,Steve Currie in a car crash and later Mick Finn.

“Jeepster”, “Telegram Sam”, “Get It On”, “Ride a White Swan”, “Children of the Revolution”, “20th Century Boy”, “Hot Love”, and “Metal Guru” are the most important successes of the band

Today we are talking about “get it on” released in 1971 together with the album “Electric Warriors” that was their most important album ever recorded.

Get it on  was inspired by the music, the way of composing riffs, of Keith Richards and Chuck Berry and talks about a girlfriend of Mark very beautiful and difficult to catch

Well, it seems it is the destiny of every rockstar isn’t?