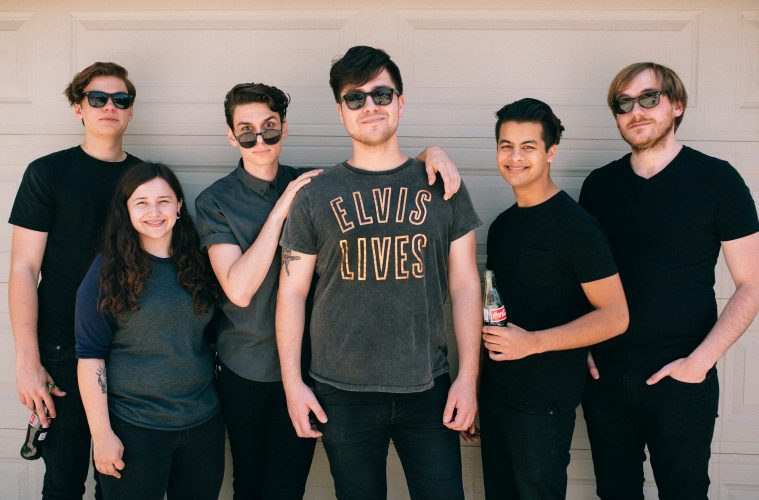 San Jose’s Get Married have debuted a new video for the song “Living Room.”

The 6-piece indie/punk act will join LA power pop/indie band Tiny Stills on a full US Tour in support of their upcoming album “Songs For the Sleepless,” due out on August 17th via Asian Man Records and Wiretap Records. Tiny Stills are fresh off the release of their second album “Laughing Into the Void” which came out in June. 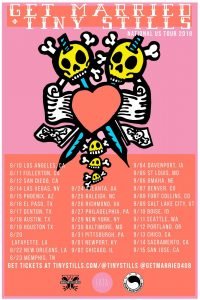 Somewhere beyond the prying eyes of the city, out by the roadside chapel, there’s an intersection where parallel roads overlap. Lovers and loners. Elvis and Ozma. Alkaline Trio and Iron Maiden. Here, they all cross paths. Legend says that if you stand at the center, close your eyes, give yourself up to fate and take what comes, then you will hear two words echo through your head. Get Married.
Get Married are eternal optimists. Teens of nowhere who lie dreaming in leather jackets. Awake in a bedroom, they listen to the rain and sing ballads of the night you met.

In 2016 the band released the Into the Cosmos 7” on Wiretap Records, a four song EP that celebrates everything about having, holding, longing, and losing.
[Since then, they’ve fine-tuned what heartstrings they have left for their first full-length. Due out on August 17th via Asian Man Records and Wiretap Records, Songs For The Sleepless finds the band doubling down on every bet they’ve made, going for broke in a night race to destiny.]

For Get Married there’s no fading out. You either make it to the other side, or you crash and burn. And if you’re out there now, by the roadside chapel, take a chance. Step into the crossroads, close your eyes, and listen. If you do, you just might hear them as they tear by into the night.