It is a combination of factors.  We usually write the music first, later I listen to the music and see what feeling it evokes in me.  Each song I write always has a theme.  At the same time I may have a particular emotion or experience I want to express and this, more often than not, is the inspiration for the song.

Never.  What I do is no different to what millions of people do online, sharing their experiences with social media, only I do it through music.  While I expose my life, my experiences and my view of the world to strangers it is very cathartic.  Plus on the whole the casual listener doesn’t really listen to the lyrics.  Often people think a particular song is about one thing, when it is about something totally different.  I like to leave the lyrics open ended and more generic, I don’t name specific events, places or people, as I want the listener to feel they can relate to the song.

I’ve enjoyed it, but it certainly has not been easy.  Zeitgeist Zero is independent, which has many positive and negative implications.  On the minus side we don’t have any support or anyone to fight our corner and champion us.  On the positive side it means we have total artistic freedom to express ourselves and explore different styles and sounds, without having to answer to anyone. 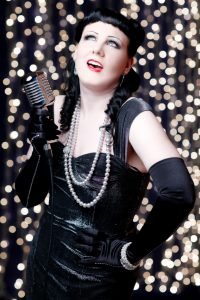 I’ve always been a sponge when it comes to music and I listen and absorb everything.  I liked everything from bands like Duran Duran to Iron Maiden.

I remember my first ever CD was probably the Hackers soundtrack.  It’s such an eclectic mix of genres, I’ve always been genre blind and I think that’s why Zeitgeist Zero’s sound is fairly eclectic.

Wow this is going to be a long list, so here are just a few.  I always pay particular attention to lyrics.  Most of my favorite songs are my favorites purely based on lyrics first and music second.  They are the ones that relate to how I feel, that they understand me and say to me, “you’re not alone.”

I love The House of The Rising Sun by The Animals.  It’s such a sad song that speaks of poverty, temptation and the consequences of making the wrong choices in life.

My Body Is A Cage by Arcade Fire.  To me it’s about fear, loneliness, feelings inadequacy and longing. I also feel it’s about not really understanding the world anymore and that’s the feeling I get regularly when I read the news. I love how the song builds up and the vocals resonate such sadness and bewilderment.

In Time by The Black Keys because it speaks to be about being lost in life, worried, confused and unhappy.  It has an uneasy, panicky feeling of running out of options and being unsure of how you’ll fix your problems.  I first heard this song when I was going through a difficult time and it’s remained a firm favourite.

Poison Heart by Depeche Mode is another song that really encapsulated how I was feeling at a certain point in time.  I was in an abusive relationship with a family member and after years trying to rise above their behavior, my patience for their bullshit ran out.   It’s a song about ending a toxic relationship.

What inspired, ‘Don’t Pop My Bubble’?

The song is about the band and if the band was a person how it would feel.  The inspiration was the fact that the band was ignored and how hard it is for people within and outside the group to believe in it at times.  Zeitgeist Zero for me is my baby, but it’s also a money pit, a responsibility, my passion, a vanity project and a labor of love.

Do you remember the day you wrote, ‘The Jekyll In Me’?

Strangely I do.  I remember I was driving to a meeting along with our guitarist, Corin Zero.  We were on our way to meet a person who said they could potentially help the band.  I can’t really remember what they promised, but these things 99% of the time never work out.  I remember Corin came up with the first half of the chorus in the car and asked me to write a song around that.  So I wrote a song about him, a good person who tries to do the right thing in a wicked world.

What inspired the song, ‘Party For One’?

I remember we played a festival in Edinburgh and in a VIP area chatting to the other bands.  One performer was there who had written a song, which he’d put up on Myspace.  The song essentially was a sample taken from a movie, placed over a dance beat.  He told us how he’d got a great record deal and tours booked across Europe and the USA. As he chatted I felt my heart sinking.  I could here people laughing in the room, having fun, but I was getting sadder by the minute, rooted to the spot listening to him. We had worked for years, playing small venues with our well-crafted music and lyrics.  Then some guy releases a sample that he doesn’t even own and gets loads of attention and success. That night I had a really weird dream about a being at a party where there was lots of really nice food, but I couldn’t eat it.

I guess it was part jealousy and part sadness that inspired the song.  Now I doubt I would take it as personally or get as upset. I think that the act of writing and performing the song helped to exorcise that need to measure myself against other people.  That’s why song writing is so therapeutic and liberating.

Wow, the best in terms of venue would have to be in Germany, we played at Owls ‘n’ Bats festival in the centre of the forest.  For other acts and being entertained it would have to be Club Antichrist in London.  Bram Stoker Festival was brilliant both times we played for music, entertainment and films.

I’m a filmmaker so I want to make some interesting music videos and explore what I can do with the band and film.  We are also working on album number four at the moment.  In fact I’m writing the lyrics for three new songs at the moment. Hopefully we will be ready to release it in 2019.