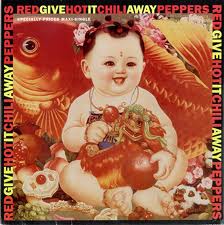 Give it Away – Red Hot Chili Peppers

Everything started from a really cool jacket, an exotic one as Anthony Kiedis describes in his book Scare Tissue.

The jacket was owned by the singer Nina Hagen that gifted to him even if it was the nicest jacket in her closet.

We can definitively say that day Anthony brought home much more than a jacket: one song and also a way of living….. giving to people instead of keeping everything for yourself!

Give it Away has been released in 1991 and can be considered one of the first international success of the band, part of the album “Blood Sugar Sex Magik”.