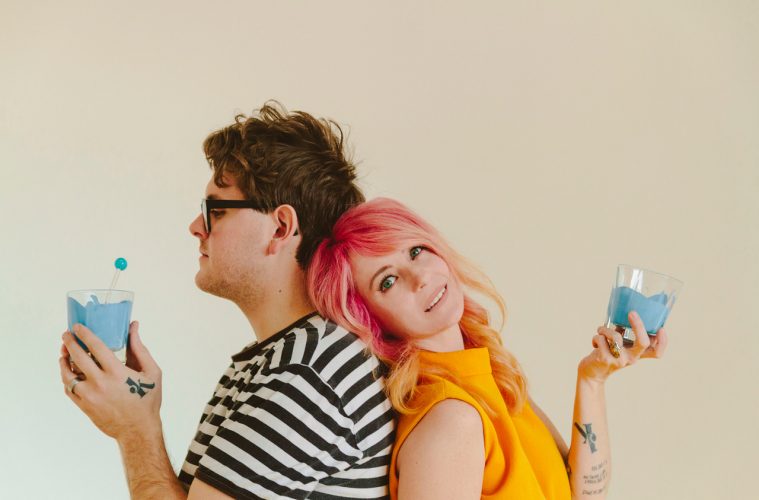 How do you usually write the lyrics of your songs?
It changes every album. This album was the first record where I cowrote the lyrics with people. Those people happened to be Kristyn (my wife and bandmate) and Patrick Carney. Pat and Kristyn and I would talk about what kind of theme we were trying to convey with the song, and Kristyn and I would work on lyrics in the studio together and test them out on the recordings. It took a lot of time but ended up making the lyrics stronger than ever before.

In your opinion, what is the most important thing in songwriting?
The hook. The lyrics and the song can make no goddamn sense whatsoever but if the hook is catchy the song will catch.

Are you ever scared of revealing aspects of your personal life/experience to strangers through your music?
My life is pretty much an open book. I want to have as much integrity as possible. If anything I’m trying to hide how excited I am to play music and act disinterested to try to be cool. It doesn’t work often.

What is the best lyric that you ever wrote (the most meaningful for you)?
I don’t know. It feels pretentious to answer that.

What inspired “Head On”, part of your latest album ‘Glazed’?
I wrote it to be empowering. I haven’t written a ton of songs like that. But then over the course of time my life and personal experiences have mirrored what the song saying. This season of my life have forced me to face hesitations, and battle with feeling useless, all while trying to make a name for myself.

Do you remember the day you wrote “Hi, I’m Waiting”?
I don’t anymore. That song has taken on several incarnations. I wrote it a couple years ago and even recorded and mixed an entirely different version about a year before we made Glazed. Patrick felt like it still had legs and wanted to record it at his studio.

Is there a link/a common theme among the songs of the new album?
Yes. Love. Excitement. Convincing oneself to feel strong.

What is the best suggestion your producer gave you?
In regards to overthinking lyrics: “No one wants philosophy 101 bullshit”.

What are your plans for 2019?
We are hoping to play rock and roll shows. Lots of them.