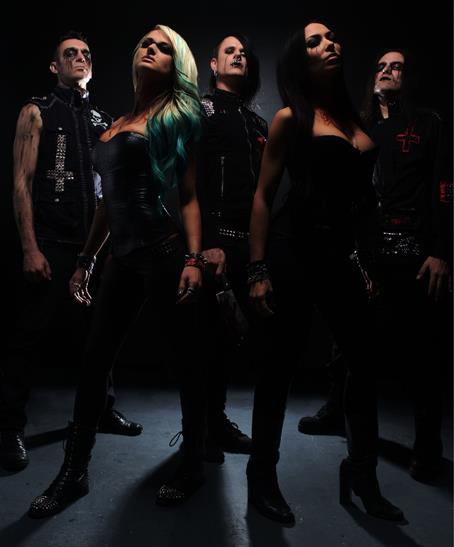 Carla Harvey, one of the two singers of Butcher Babies, answered to our questions about their lyrics, the latest album Goliath and their life in Los Angeles.

RYL:  Your debut album “Goliath” has been released five months ago; what was the most difficult thing in making it?

Carla: Honestly, just finding the time to make the album was a challenge.

We got a last-minute tour with Marilyn Manson that we obviously couldn’t turn down, but we knew that right after the tour we’d have to scramble to get it done.

Other than that, recording ‘Goliath’ was a great time in our life.  We got to spend weeks holed up together in the studio fine-tuning songs we wrote years ago, and writing new ones.

RYL:  The name refers to the giant warrior that was undefeated till he had to face David……. Let’s compare Goliath to music, who is able to defeat it nowadays? Piracy? Music Business Executives?

Carla: The music industry is so different than it was a decade ago.  You really have to love playing music to survive it.  Nowadays it’s the hardworking bands that tour endlessly and utilize social media to its fullest that are the ones defeating the Goliath that the music industry has become. 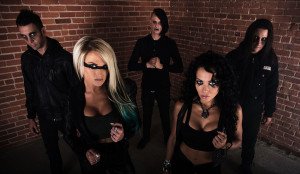 Carla: We all sit in a room together and write.  We are all integral parts of the process.

RYL:  Tell us one verse of your songs that better characterizes your band…

Carla: “Gasoline” has some pretty brutal lyrics about people who told us we would fail. We’ve lost relationships and friendships doing this… but we’ve never given up on our dream, which is why we are where we are today.

RYL:  “Magnolia Blvd” is one of our favorite songs from the album; can you tell us how did you write its lyrics?

Carla: We wrote that song about moving to Los Angeles with a purpose, but getting caught up in things that took us away from that purpose for a while.

You have to be an incredibly strong person to get back on track after straying from your path.  Luckily we have all been able to do that.

We chose the title “Magnolia Blvd” because three of us in the band had lived on that street during some of our toughest moments in Los Angeles.

RYL:  You selected as a first single of the album “I Smell Massacre”, what brought you on making this choice? What this song represents for you?

Butcher Babies: Lyrically, the message that this song holds was very dear to us so it was a perfect first single for ‘Goliath.’

We wrote this song shortly after the Sandy Hook incident.  They try to blame school shootings here in the States on gun control issues, but we believe that the problem stems from a lack of parenting.  When you bring children into the world it is your responsibility to nurture them, and many American families are failing at that.

A mother and father should be the first people to notice that their child is struggling and the first to help them address their issues.

Musically, “I Smell A Massacre” was great to release first because it touches on so many different genres of metal.  All of us in the Butcher Babies come from different metal backgrounds, and you can really hear that on this particular song.

RYL:  This march you are going to be part of Metal Fest 2014, together with Korn, Kiss, GnR and many more; how do you prepare to such an important event?

Butcher Babies: We just go and do what we do! We give it our all at every show, whether there are 10 or 10,000 people in the crowd.

RYL:  What is behind the lyrics of “ The mirror never lies”?

Butcher Babies: That song is about failed relationships; believing in something whole-heartedly and watching it disintegrate before your eyes.

RYL:  You are from Los Angeles, what this city gave you and what has taken from you musically speaking?

Butcher Babies: Chris and Jason are born and raised in the Los Angeles area.  I am from Detroit, Michigan; Heidi is from Provo, Utah and Henry is from Roseburg, Oregon.

Moving to Los Angeles with only your dreams is a very surreal thing at times.  Los Angeles can eat you alive if you are not focused on your goals, and we touch on that subject with our song “Magnolia Blvd.”

Los Angeles has given us many stories to tell and  provided us with the ultimate forum – The Sunset Strip – to start our career.

RYL: Are you currently working on new songs? What do you plan for 2014?

Butcher Babies: We are always working on new songs.  We may start recording again later in the year but for now we are enjoying touring and getting ‘Goliath’ to the masses. 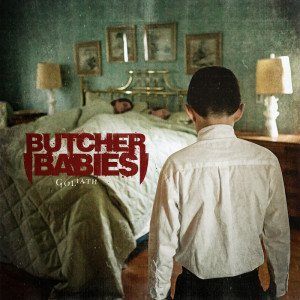