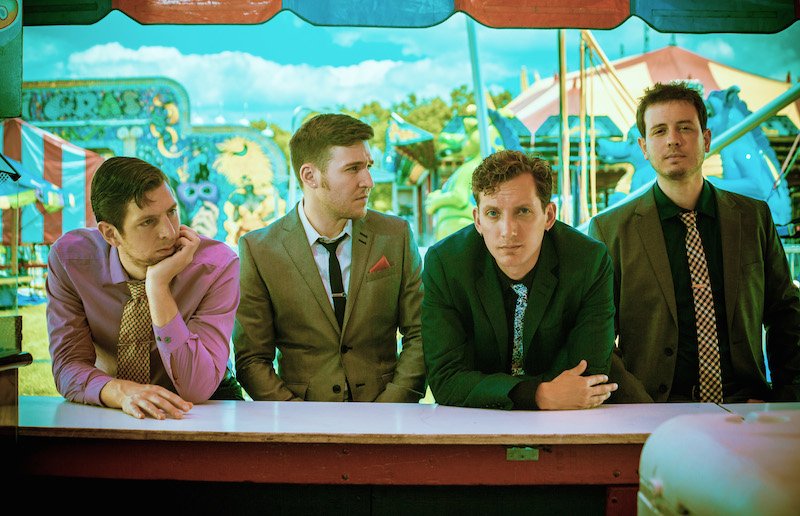 RYL: Let’s start from your songwriting…..How do you usually write the lyrics of your songs? What inspires you?

During the time of the first three albums I was in a relationship, it lasted over seven year.

It gave me a lot of songwriting material; a lot to look back on and reflect on ……

With the new album “Good Luck” things changed, I’m taking a look to a brighter side of love… it is like finally learn how to win and how to appreciate that.

The great thing about songwriting, if compared with writing a book, – where you need over 800 pages, is to be able to tell a story in about 3,5 minutes

Few verses, a chorus and you need to get it done….think about “Centralia, PA”, it took me quite a lot to do all the researches about this ghost town and it was not easy to tell its story in the best possible way.

RYL: We heard that in “Good Luck” all the members of the band participated to the writing process…..how was it?

WARD HAYDEN: Great! This is the first album where everybody, as an entire band, contributed to its songwriting, for example, I love the song we did and recorded in NY called “Built for Speed”

For me it has been a dream that came true, Good Luck has been the most collaborative effort the band did so far.

RYL: Which is the greatest thing that happened to you since the release of the album in February?

WARD HAYDEN: Music it is a crazy business, I started this band nine years ago this month… with Good Luck finally things came together in a right way…I’m very happy

I’m glad to have a great band with me and, every morning when I wake up, I feel a lot of positive energy to get the things done.

RYL: Which is the best verse of the all album?

WARD HAYDEN: I never thought about that before……wow!

I do like “All the Way Up To Heaven”..when I wrote it I knew right away I wanted in the album…..it is the first building brick!

The song just captures the feeling of getting a win: “All the way up to heaven All the way down to hell, I own every star up in the sky above the place I dwell”

RYL : Which was the last song you wrote?

WARD HAYDEN: “It’s Your Choice” is the last song I wrote for the album…. Actually , I had a lot of songs in my mind in the last two years….I started to dream about them and I started to write them during my dreams.

Sometimes the unconscious mind is much more powerful than the conscious one! I’m really fascinated by that.

I was waking up in the middle of the night, taking my guitar and recording them using my phone … the songs were coming almost organically in my sleep.

RYL: We love “It’s Your Choice” and, particularly, the verse “The meaning of life is a big surprise”……what it means for you?

WARD HAYDEN: Very literally, I grew up on a household where my mother was a counselor; she devoted her life to helping people, listening to their stories about people (friends, families, loved ones) they lost.

This song is about the meaning of life, how important is to be with your family and give to your days a better meaning than just being very successful in business and gain a lot of money. It gives to the listener a different perspective.

RYL: How important is an acoustic guitar to write a good song?

WARD HAYDEN: Very important, hugely compared to the electric guitar in my opinion.

The acoustic brings primal energy to the song…. I like the feeling when you start strumming it and the words are appearing in your mind…

RYL: After an impressive tour in US, now you will be heading to Europe, what do you expect from this leg of the tour?

WARD HAYDEN: European crowds are amazing with a behavior very different than the one we have here in US.

Sometimes we can just play acoustic shows where everybody listens without making a single noise, sometimes it is pure dancing and fun!