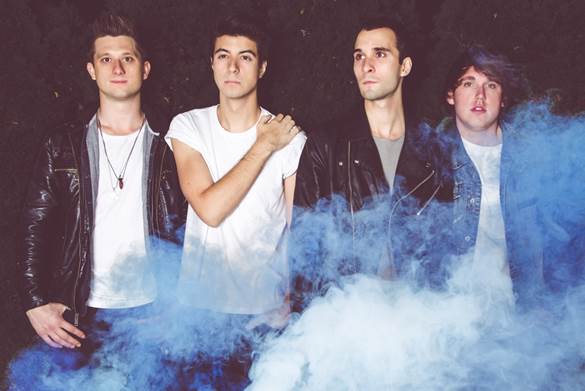 RYL: Your new album is finally released, what it does represent for you, lyrically?

ACTION ITEM: It says everything we want to say at this point in our lives. The first EP is called “Great Mission: Life” and pertains to message about life itself. I just used the word “life” way too much in this response.

Anyway, I made sure that every song is relatable to where we are as individuals at this point in our career. 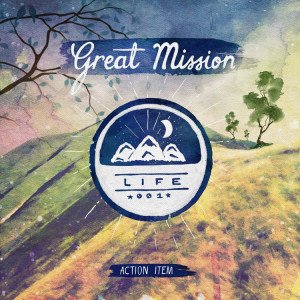 RYL: Which is the song that has taken the most time to write? Why?

ACTION ITEM: Out of this EP, “Outsiders” took the longest to write lyrically. We wanted to make sure our message was clear, and that we could really convey the meaning behind feeling like an “outsider.”

ACTION ITEM: It varies. For this collection of songs, my guitarist Anthony and I wrote the bulk of the lyrical content, as well as melodies. We worked with our great friend and producer Dylan Scott (HALSEY, Young Rising Sons).

RYL: Tell us everything about “The Start of Something”….

ACTION ITEM: This was the first song that started this sound of Action Item. It was quite literally the start of the band’s direction with the sound. After writing that song and putting it out for just a couple of weeks, two national television campaigns used the song for their Olympic commercials.

This sort of set things a little crazy for us, and in time we built upon the initial sound of The Start of Something which would become Great Mission: Life.

RYL: which is your favorite verse of the entire album?

ACTION ITEM: “Outsiders” – (All my life, I’ve been on the run. All this time, I’ve been reaching for the sun.) This lyric just really describes the past couple of years for the band. We’ve started from nothing and are still working at this thing.

RYL: Do you remember when you wrote “We’ll be fine”?

ACTION ITEM: Of course. We spent three days perfecting the track in our friend Dylan’s studio. It was 4am when we were on the floor, just exhausted and overworked when we realized…we finally have it. Hearing it back for the first time gave us chills.

RYL: Let’s go back to the 2013 and talk about “Brave” (part of Resolution EP)….what inspired its lyrics?

ACTION ITEM: I’d like to think of the stuff prior to this release as almost a different band. We went through a lot of changes in time. Brave was a song that was inspired by many fans at the time that were going through anything really personal and delicate.

That band isn’t gone, I’d just like to think that we have changed into something we like more for ourselves.

RYL: Excited to be on tour? Where the road is going to bring you?

ACTION ITEM: Very excited! We are visiting almost every major city in the US this summer w/ MKTO. Catch a show.

RYL: In your opinion, which is the fan’s favorite song when you play live?

ACTION ITEM: I hope that “Outsiders” is the new fan favorite, mainly because it’s mine. I think it speaks to everyone at some point in their lives. We’ve all felt like we were on the outside of something.

RYL: Tell us the best verse ever written in a rock song….