If Thor’s Hammer of the Gods from “Immigrant Song” landed in the hands of four wise, willful, and wild women? Well, it would sound something like Thunderpussy.

The quartet—Molly Sides [vocals], Whitney Petty [guitar], Leah Julius [bass], and Ruby Dunphy [drums]—do the most rock ‘n’ roll thing possible and quite literally f##k up every rock ‘n’ roll stereotype you know to be true, piercing the halls of Valhalla in the process.

The Seattle-based group turned into a quiet phenomenon with the endorsement of Rolling Stone and Pearl Jam guitarist Mike McCready as well as a string of already legendary performances under their high-waisted belts.

Your new EP “Greatest Tits” has just been released, can you share with us any crazy/funny behind-the-scene?

I’m not sure if there’s a ‘usually’. Seeds of songs come in all shapes and sizes. -w
Very true! It’s always different. Sometimes inspiration hits you like a rush of adrenaline and other times you sleep on it and wake to a new idea. -M 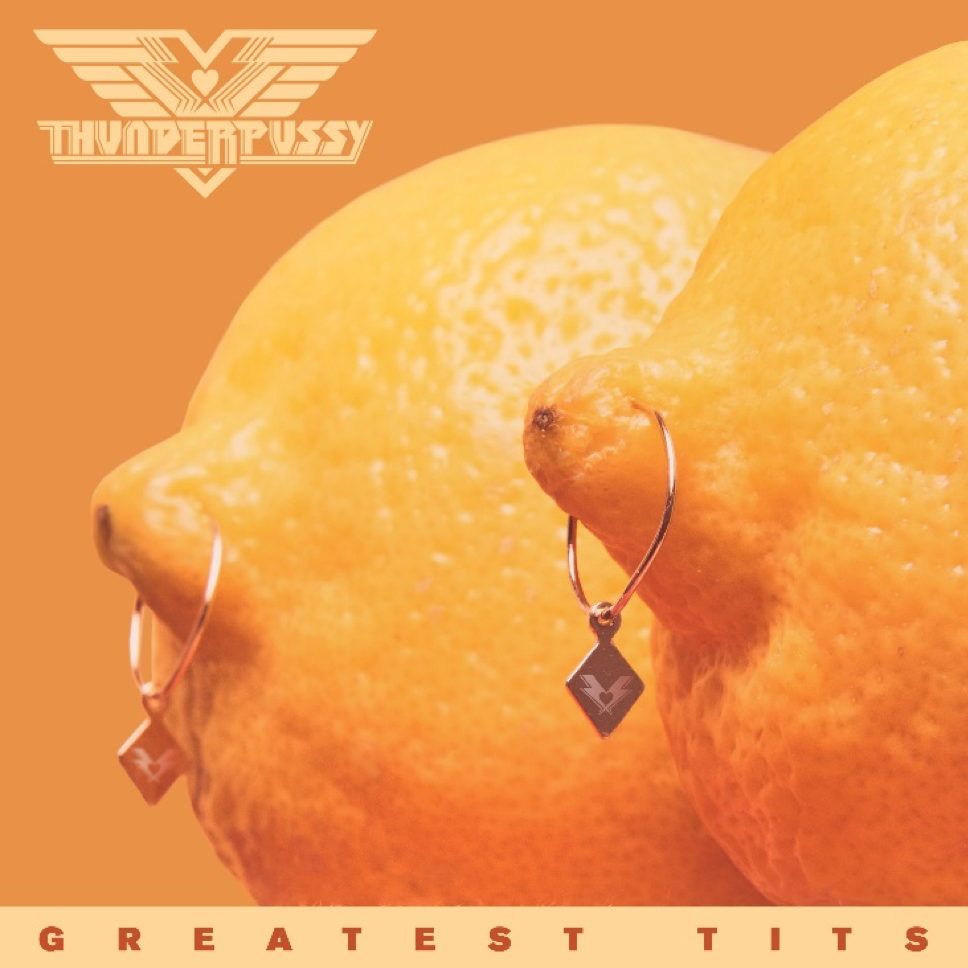 HA! The best? There are still so many verses to be written! But I do really enjoy Torpedo Love.  -M

I spent much of my time at Big Bad Bill’s record store. Bill was such a joy to be around and he loved music like no one I knew.
I’ll always remember finally having enough money to buy something but being completely overwhelmed. There were so many artists I wanted to take home with me but I eventually ended up leaving with Tragic Kingdom by No Doubt. – M

It’s been a game of the chicken and the egg for a long time now.

Record labels not wanting to pick you up without an album- producers looking for a label. Booking agents wanting you to have label support and vice versa. But things are falling into place now. We have a great team. -w

The name Speed Queen actually came from a coin laundry joint in Seattle. Speed Queen was the name of the drying machines. -w

Do you remember the day you wrote “Gentle Frame”?

Gentle Frame was a nice challenge and evolved over the course of a few weeks in Ashland.

I had the written it around the time of 2016 presidential standoff and much like the election, Gentle Frame kept morphing. It needed some finessing- that’s when Sylvia waved her magic wand and voila!

I remember sitting on her big cushy sofa behind the Neve as she played it back to us and thinking “we got it!”

The pieces finally fit! Things really do come together in the Church of Divine Transformation.

Of course, but most of the time the scariest part is just sharing it with your band mates. After that, everything gets easier. -w
Absolutely. But there’s also such a gift in sharing and experiencing vulnerability. -M

I came up with the chorus melody, hummed it into a cell phone recording. And we had been wanting to write a song about moral decay– the things you own eventually owning you.

We heard the term “velvet noose” in a twisted sister documentary. I loved that. -w

Our last Seattle show! New Years Eve 2018. Our crew was on point– best light show, projection, a dozen dancers. And all of our families were there. They flew in from 4 states! -w
Agreed! It was one of the best ways to end a year and begin a new one. My Fosse style dancer dream came true with 12 sets of high kicking legs in the air all night!