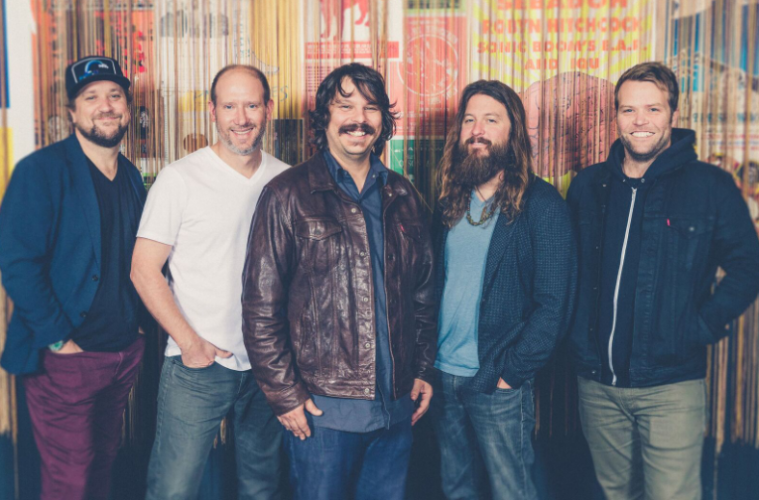 Greensky Bluegrass are kicking off the new year with another new single from their highly anticipated seventh studio album, ‘All For Money‘ (Big Blue Zoo Records). PRESS HERE to buy or stream “Courage For The Road,” the latest track to reaffirm the band’s place atop their genre. Possessed by chaotic melodies and expert rapid-fire instrumentation, the track gives listeners but a taste of what to expect from these titans at one of their legendary live shows. “Courage For The Road” is Greensky Bluegrass at their most enthused, as lyrics situated at an emotional crossroad are set ablaze by an elated jam session that illustrates just how much passion and energy they possess.

‘All For Money’ is out on January 18th, 2019 via the band’s own label, Big Blue Zoo Records. The set of 12 new songs was recorded at Echo Mountain Recording in Asheville, NC alongside co-producers Dominic John Davis (Jack White’s longtime bassist) and Glenn Brown. After 18 years together, up to 175 shows per year, nearly 1,000 different setlists, six studio albums and a litany of live releases, Greensky Bluegrass embodies more than just music for its members, and the irony of the album title highlights the band’s own sense of humor. The collection is being hailed by critics as their best yet.

Greensky Bluegrass will be kicking off their Winter Tour with special guests Circles Around The Sun, Billy Strings and Cris Jacobs Band on January 10th. Stops include famed venues such as: The Ryman Auditorium, The Beacon Theatre, The Anthem, The Tabernacle and more. Even more exciting, the band has just announced a three-night engagement at the legendary Red Rocks Amphitheatre set for September 13th, 14th, and 15th. For ticket info and a list of all upcoming dates, please visit greenskybluegrass.com.