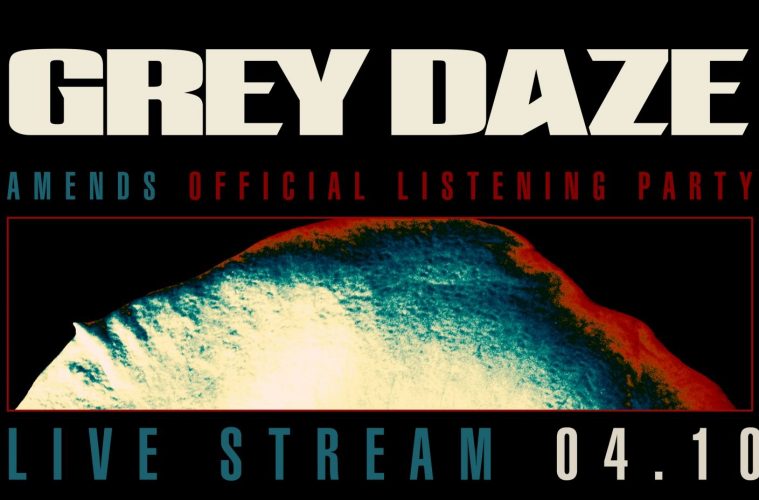 After having to postpone their initial album release date from April 10th to June 26th, due to pandemic restrictions, GREY DAZE is keeping the promise and lets fans worldwide listen to it for 24 hours.

On April 10th, Chester Bennington‘s mesmerising vocals will be heard again, all over the world. Under the hashtag #ForYouChester, the band’s Official Ambassadors from 17 countries alongside Loma Vista Recordings have planned 24 exclusive listening parties which will take place on platforms like: Facebook, Twitch & YouTube. They will present the album in over 10 languages, so anyone can understand the story behind this one of a kind record. 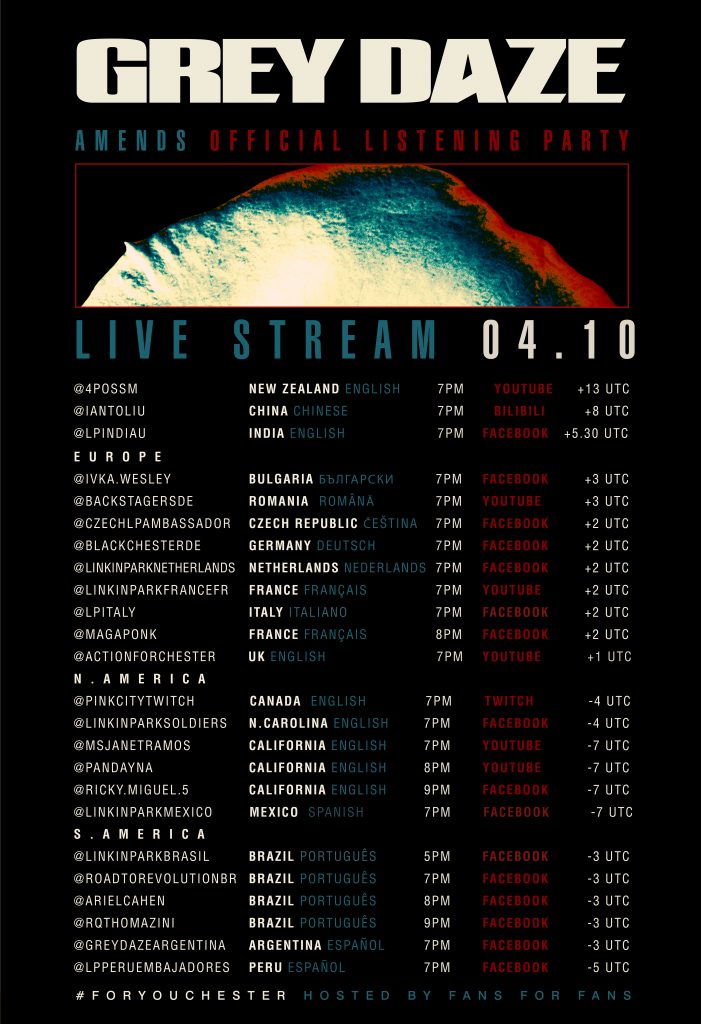 ‘Amends‘ is a selection of 11 songs from Grey Daze’s ’90s discography. The surviving band members, Sean Dowdell (drums) and Mace Beyers (bass) have teamed up with Cristin Davis on guitars and re-started the process of reediting their songs. They were joined by producers like Jay Baumgardner, Esjay Jones, Kyle Hoffmann, Lucio Rubino, Sylvia Massy, Alex Aldi and Lucas D’Angelo, who managed to keep Chester’s vocals intact, but surround them with harmonies, instrumentals & sounds that breathe new life into the old, yet so relatable musical compositions.

Several musician friends of Chester or artists that he loved joined the recording process. Ryan Shuck from Chester’s band Dead By Sunrise, now in Julien-K, Chris Traynor of Bush, Korn’s Brian “Head” Welch and James “Munky” Shaffer, P.O.D.‘s Marcos Curiel, Heidi Gadd, Sean’s boys Brennen Brochard and Carston Dowdell and the singer LP laid guitars, drums, violins or backing vocals on the tracks. But the most important artist featured on this record is Chester’s oldest son, Jaime Bennington, who sings with his father on the beautiful ballad of “Soul Song.”

The recording process of ‘Amends‘ started months before Chester passed away & it was one of his last projects. The studio work and band history have been documented in ‘Making Amends‘ – a series of 8 episodes released weekly. Today the band has revealed the 8th and last part of the documentary.

Grey Daze released three songs off of #Amends, so far: ‘What’s In The Eye,’ ‘Sickness‘ and ‘Sometimes.’ Details about the album, pre-ordering, merch and lots of surprises from the band, can be found on band’s interactive website: https://greydazemusic.com/