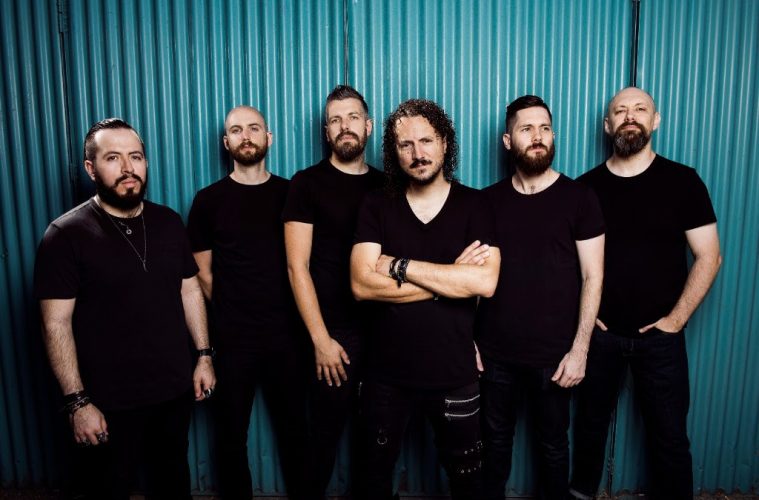 HAKEN, one of progressive music’s most exciting bands, have announced details of their much-anticipated fifth studio album titled ‘Vector’, due for release on the October 26th, 2018. The album was produced by the band themselves, and recorded & mixed by Adam ‘Nolly’ Getgood (Periphery, Devin Townsend Project), with the artwork once again being handled by Blacklake.

The band comments: “On the back of celebrating the 10 year anniversary of our conception, all of us here in the Haken camp are extremely excited to begin this new chapter of our career and share ‘Vector’ with the world.”

The album will be available as Limited edition 2CD Digipak (including instrumental versions), Gatefold vinyl 2LP + CD, & as digital download. You can find the track-listing below: 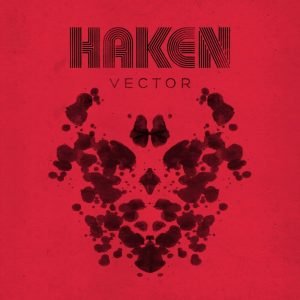 To celebrate the announcement of the new album, the band are opening up a unique opportunity for one fan’s artwork to be used as the etching on the fourth side of the vinyl LP version of the record. Haken are inviting fans to submit their own version of the Rorschach test ink-blot image which graces the album’s cover, and one winner’s art will be picked by the band to be etched into every vinyl copy of Vector.

Submissions are open now, closing on the 10th August, and can be sent to: drrex@hakenmusic.com

Since their inception in 2007, Haken have shown over four previous studio albums, one EP and a live release that they never stand still, merely satisfied to rely on past triumphs. Rather, Haken always look for ways to challenge themselves as musicians and artists, and also to keep the listeners on their collective toes. “We don’t like to make simple music,” laughs vocalist Ross Jennings. “We always aim to defy expectations, and I believe we’ve surpassed what we aimed to achieve with our new album.”

Their fifth studio record sees the band going in a heavier direction with the music. “We’ve always had a heavy influence”, explains guitarist Charlie Griffiths, “but it was obvious from the riffs that were naturally coming out of us early in the writing process that this would be a more metal album. These are some of the most riff driven songs we’ve ever written.” As is usual, Haken produced the album themselves, but for the first time they have enlisted Adam ‘Nolly’ Getgood during the recording and mixing stages. Formerly bassist with Periphery, in the last couple of years he has built a reputation as a fine producer. “We produced the album ourselves, as we always do,” insists Jennings. “But we’re fans of what Adam has done with Periphery, Sikth and Devin Townsend. He has a great reputation for the heavier end of our genre”.

But if this album is musically heavy, then there’s an underlying theme running through the seven songs which is certainly esoteric and fascinating. “The scene is set with the track The Good Doctor, which was a really fun song. Musically it feels like a logical step from ‘Affinity’, but lyrically it’s a bit more theatrical and about as ‘rock opera’ as Haken has ever got”, explains Griffiths. “It’s about a Doctor with an intriguing, perhaps sinister interest in a particular patient. From there the story enters the point-of-view of the patient – who appears to be catatonic, but his mind is sparking with what could be memories, or delusions brought on by the treatment he’s receiving – we leave this up to the listeners to decide. Although we don’t want to give too much away, people who are familiar with our back catalogue will have fun discovering further clues we’ve planted throughout the album. And that’s the challenge for the fans – to find out for themselves their own meaning for ‘Vector’ as an album”.

The band recently announced North American co-headline dates alongside Norway’s LEPROUS, and label-mates BENT KNEE, in what is an all InsideOutMusic bill. These will be the first live shows in support of Vector, and you can find the full list of dates below: