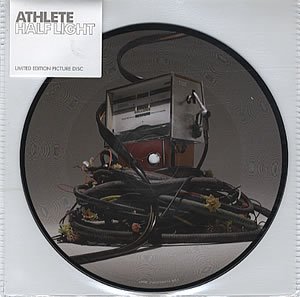 Their music style is a mix between alternative rock, indie and pop rock,  they always have taken Oasis as main inspiration for their music.

The first success came when they released their first album named “Vehicles and Animals “ in 2003, then, after two years, it was released “Half Light” a song extracted from their second album “Tourist”.

Half Light is the second single of the album and it is very autobiographical, in fact it speaks about the story of a singer that is far from home , from his family…on tour.

The only way to connect with them is trough a telephone, a computer and it is not the same…..

The album, certainly helped by this song reached number 1 position in UK.

The Athlete will later produce two more album , the last one dated 2009 and called “Black Swan” inspired by the book written by Nassim Nicholas Taleb.

In 2013 the band is celebrating its 10th anniversary tour, starting, obviously from UK….