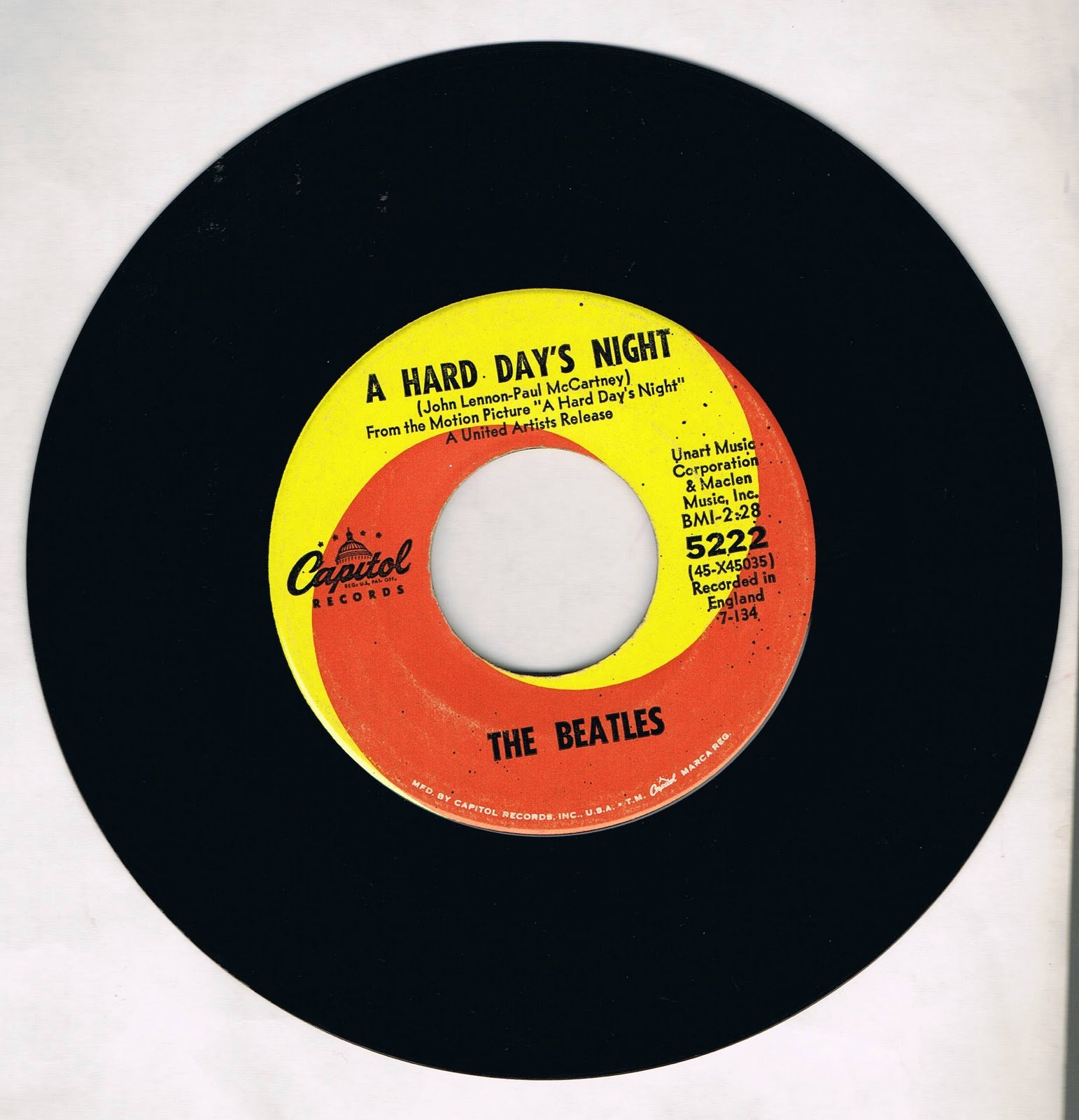 The song’s strange title originated from something said by Ringo Starr, who described it this way in an interview with disc jockey Dave Hull in 1964:

“We went to do a job, and we’d worked all day and we happened to work all night. I came up still thinking it was day I suppose, and I said, ‘It’s been a hard day…’ and I looked around and saw it was dark so I said, ‘…night!’ So we came to A Hard Day’s Night.”

According to Lennon in a 1980 interview with Playboy magazine:

“I was going home in the car and Dick Lester suggested the title, ‘Hard Day’s Night’ from something Ringo had said. I had used it in In His Own Write, but it was an off-the-cuff remark by Ringo. You know, one of those malapropisms. A Ringo-ism, where he said it not to be funny… just said it. So Dick Lester said, ‘We are going to use that title.'”

In a 1994 interview for The Beatles Anthology, however, McCartney disagreed with Lennon’s recollections, recalling that it was the Beatles, and not Lester, who had come up with the idea of using Starr’s verbal misstep:

“The title was Ringo’s. We’d almost finished making the film, and this fun bit arrived that we’d not known about before, which was naming the film. So we were sitting around at Twickenham studios having a little brain-storming session… and we said, ‘Well, there was something Ringo said the other day.’ Ringo would do these little malapropisms, he would say things slightly wrong, like people do, but his were always wonderful, very lyrical… they were sort of magic even though he was just getting it wrong. And he said after a concert, ‘Phew, it’s been a hard day’s night.’

Yet another version of events appeared in 1996; producer Walter Shenson said that Lennon had described to him some of Starr’s funnier gaffes, including “a hard day’s night”, whereupon Shenson immediately decided that that was going to be the title of the film.

Regardless of which of these origin stories is the true one, the original tentative title for the film had been “Beatlemania,” and when the new title was agreed upon, it became necessary to write and quickly record a new title song, which was completed on April 16, just eight days before filming was finished.

John Lennon wrote the song in one night, basing the lyrics on a birthday card sent to his young son Julian, and it went on to win a Grammy for Best Performance by a Vocal Group.

This article uses material from the Wikipedia article <a href=”http://en.wikipedia.org/wiki/A_Hard_Day’s_Night_(song), which is released under the <a href=”http://creativecommons.org/licenses/by-sa/3.0/“>Creative Commons Attribution-Share-Alike License 3.0</a>.