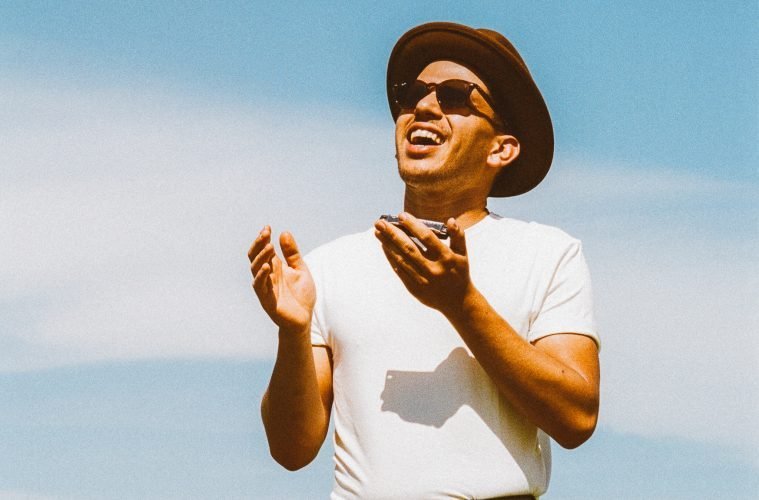 Usually some kind of line pops up in my head and I just start singing it over and over, trying to find some kind of melody with it. Once I like what I hear, I usually sit down and write what I’ve got and start building the rest of the story from there.

I think it’s really trying to listen to yourself and trying to be as true to the song as you can by giving it all the energy and emotions it needs in the writing.  When the song has all those things, I think that’s when people start to really connect with the songs.

Yes, sometimes I am, but a lot of my songs are just stories.  I pull little things here and there from my own life, even though they’re just stories they need a bit of truth, because how else will people relate to it or connect with the song.

”It’s not the gold in my belly that’s holding me down, the water that I’m under weighs a million pounds”  from my song “Shipwreck” I just always love that line. Now looking back and that being the first song I ever wrote, every time I hear it it reminds me I was so green, the line feels so innocent since it came from such a pure place of just messing around on the guitar figuring out how to write songs.

What inspired “The Cabin”, and “Hard Time”?

“The Cabin” was inspired by just wanting to run away and move to the middle of nowhere and building a cabin and living off the land. Just me and a special someone. Then it kinda grew to coming up with all the most beautiful and romantic places I could think of! It was kind of a fun challenge coming up with those places and writing that one. “Hard Time” came from that feeling when you’ve done someone wrong.  When you’re kind of stuck in a prison of your own making. Wondering if they’ll be on the other side smiling and waiting for you to get out or if you’re stuck living with the wrong you’ve done to them.

Do you remember the day you wrote “Last Night”?

It took me a little while to write “Last Night.” I remember I first came up with the main chorus. It was a sunny winter day and I was just writing in my living room. I thought it was a good start to a big song. I think there’s an Instagram post of the day I started writing it, I think it was slower than what’s on the record but is a clip of me spazzing out sitting on a rocking chair singing the earliest version of the song haha.

I didn’t really plan on having a theme as I was making the record. Since a lot of the songs were written at different times in my life even times when I never really thought I’d ever make a record. But after the record was done I kind of realized they’re all just stories. Stories about people, places and other times.

Go for a morning run on days you got to record vocals! It warms up all the singing tubes and muscle and gets you good and ready for some singing! It works really well!

My plans are to 1. hit the road.  2. probably start working on the next record 3. learn Spanish and  4.reread all the harry potter books!